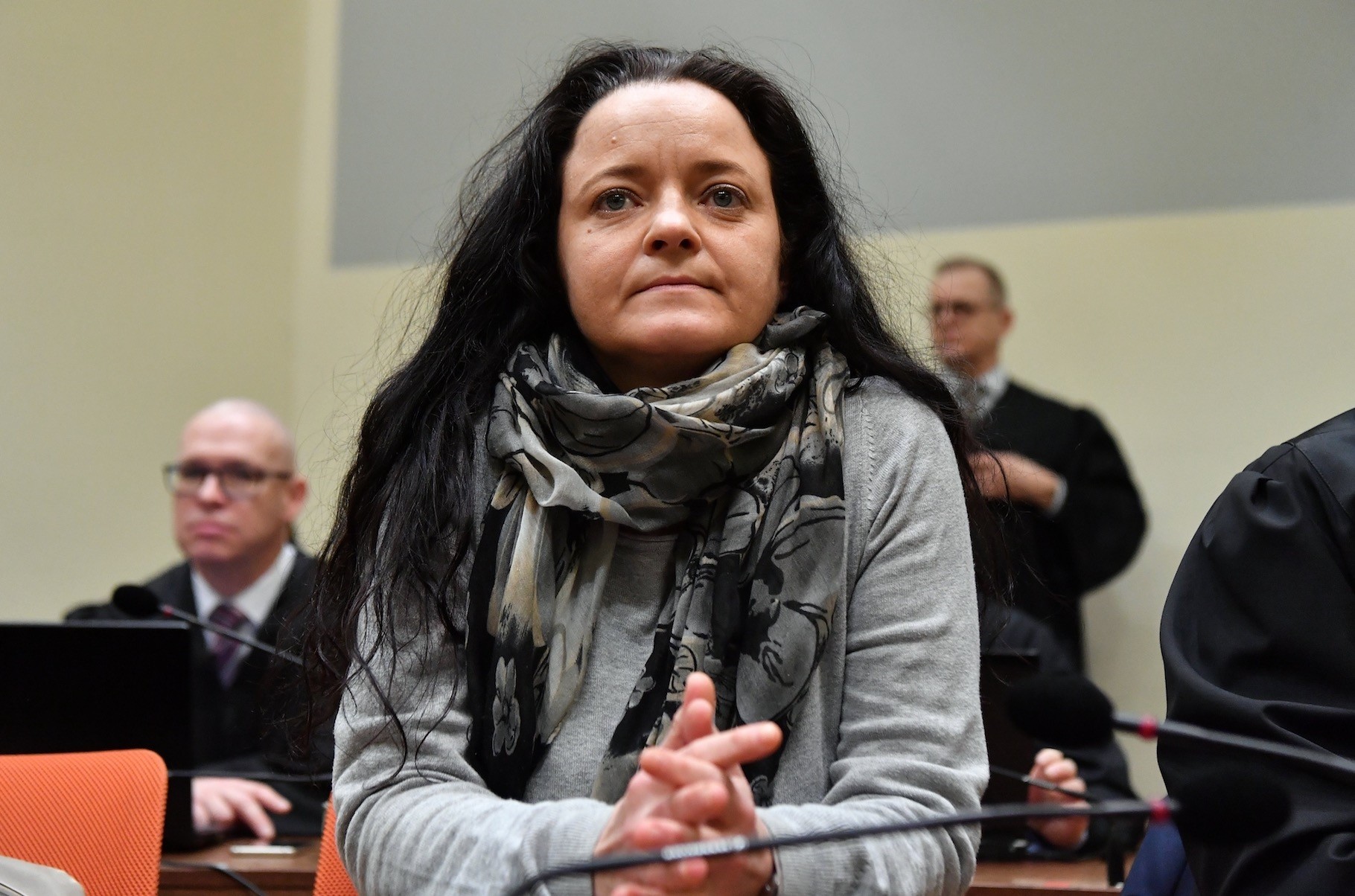 Beate Zschaepe, seen here in a Munich courtroom as defendant, is the only surviving member of the NSU and faces a life sentence if convicted.
by Daily Sabah Feb 15, 2018 12:00 am

A Munich court has scheduled hearings in 2019 for a trial of the National Socialist Underground (NSU), a neo-Nazi gang responsible for killing Turks in Germany, according to a report by German news agency dpa. The trial, which began in 2013, looked like it was nearing an end but the defendant in the case is doing everything he can to prolong it.

The NSU is accused of murdering eight Turks, carrying out a string of bank robberies and a bomb attack targeting a predominantly Turkish neighborhood in Germany. Its three members managed to dodge authorities for years before being captured in 2011, apparently by pure chance as police stumbled upon a video in which they were boasting about their crimes.

Beate Zschaepe, the only surviving member of the gang, is being prosecuted in the lengthy trial. Uwe Mundlos and Uwe Boehnhardt, two other members, took their own lives when police closed in on them in 2011 after a botched robbery.

Blunders on the part of authorities investigating the NSU or "coincidences" leading to destruction of critical evidence had been piling up in the case since the gang's existence was made public in 2011. Critics of the case also claim

police and intelligence services that hired people from the neo-Nazi scene as informants tried to erase their tracks leading to the NSU case. Despite its links to many gangs in Germany's neo-Nazi scene, the NSU apparently went unnoticed for years, from the late 1990s to 2011. Authorities initially blamed domestic disputes in the Turkish community for the murders and other crimes between 2000 and 2007. German media have even dubbed the murders the "döner killings" in reference to the popular Turkish dish.