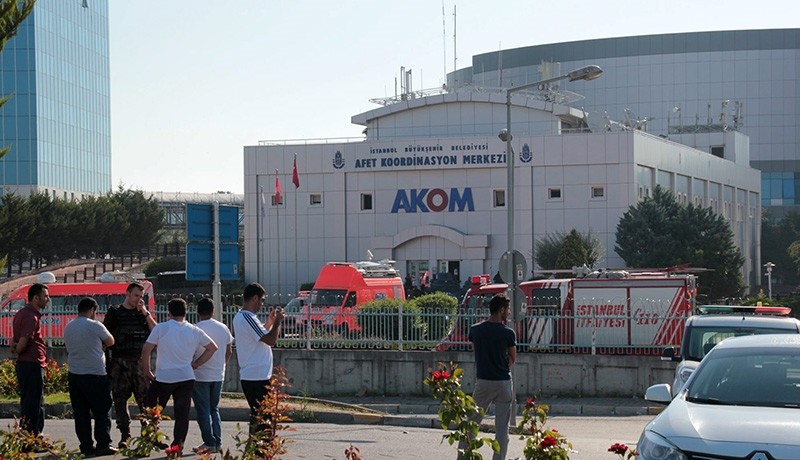 AKOM headquarters in Istanbul pictured a day after the deadly coup attempt (Sabah File Photo)
by Daily Sabah with AA Feb 22, 2018 12:00 am

Lt. Col. Mustafa Kubilay had fired on unarmed civilians outside AKOM on the night of the coup attempt.

The former soldiers were also sentenced to 41 years behind bars for harming property and causing intentional injury.

AKOM, which houses thousands of security cameras across the city, was a critical location for coup troops who also tried to seize the headquarters of telecom companies, TV stations and other places across Istanbul. The court noted that the suspects attempted to obstruct the passage of information and footage to the National Intelligence Organization (MIT)