Life sentences for Assad-linked suspects in 2013 bombings in Turkey 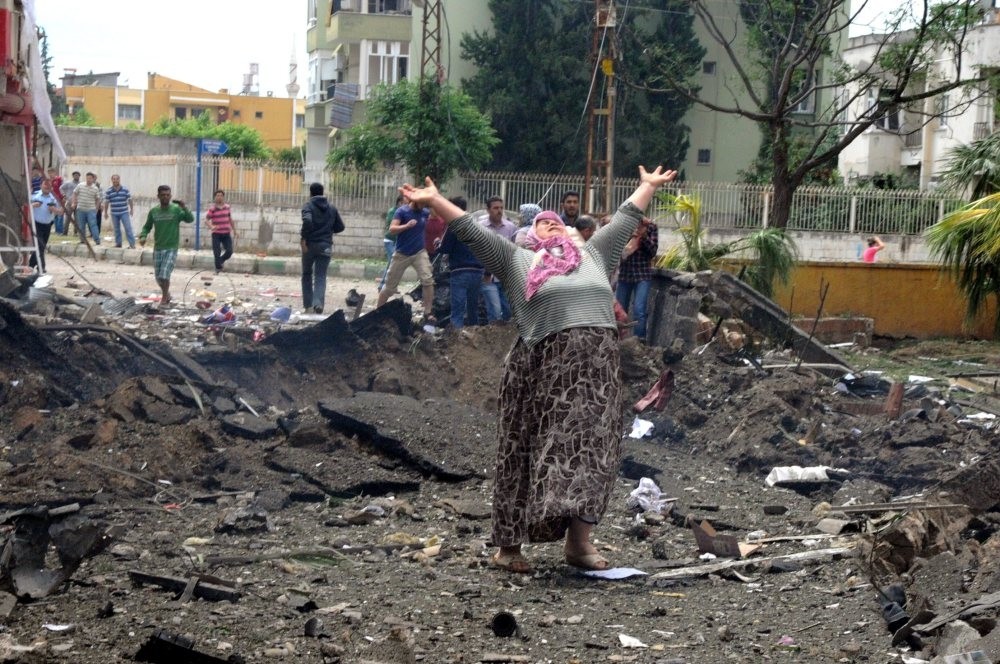 Du00f6ne Kuvvet became a symbol of grief for the Reyhanlu0131 victims when a photo showing her with her hands stretched to the sky in sorrow while standing in a crater blast created made headlines. Kuvvet's daughter & granddaughter were killed in the blasts.
by Compiled from Wire Services
Feb 24, 2018 12:00 am

A court in the capital Ankara sentenced nine to multiple aggravated life sentences for 2013 bomb attacks that killed 53 people in southern Turkey. Attacks in Reyhanlı, a town on Turkish-Syrian border, was blamed on an extremist group linked to the Assad regime of Syria.

Nasır Eskiocak, prime suspect in the case as mastermind of the attacks, was handed down life sentences for each victim died in the attack that devastated central Reyhanlı on May 11, 2013. He received additional sentences for keeping illegal explosives and property damage. He was arrested about one month after the bombings in Güveççi, a village in Hatay province where Reyhanlı is located.

Thirty-three people were on trial for the car bomb attacks. Thirteen others received prison terms up to 22 years while three were acquitted. A separate trial will be held for eight fugitive defendants including Mihraç Ural. Ural, head of a terrorist group with close ties to Bashar Assad regime, is among most wanted terror suspects in Turkey and Turkey sought explanation from Russia after he was spotted in Russia-Turkey talks in Sochi, Russia on resolution of Syrian conflict last month.

Reyhanlı, a town of about 88,000 people, sits on Turkey's southern border with Syria where a conflict erupted in 2011 displaced millions. Turkey has always been critical of Assad regime's oppression of the opposition and the bombings are viewed as Assad's response to Turkey's stand with the opposition. Reyhanlı was a meaningful choice for the attack as it hosted a large number of Syrians fleeing Assad forces' violence.

It was Mothers' Day and the town's center was busy with people shopping for gifts when a car bomb exploded in front of the town hall, at 13:37 p.m. A state of panic and fear ensued as people tried to grasp what happened but it was not over. Three minutes later, another car bomb went off near the post office in a central part of the town. The powerful blasts demolished over 900 residences, 891 stores and 148 vehicles.