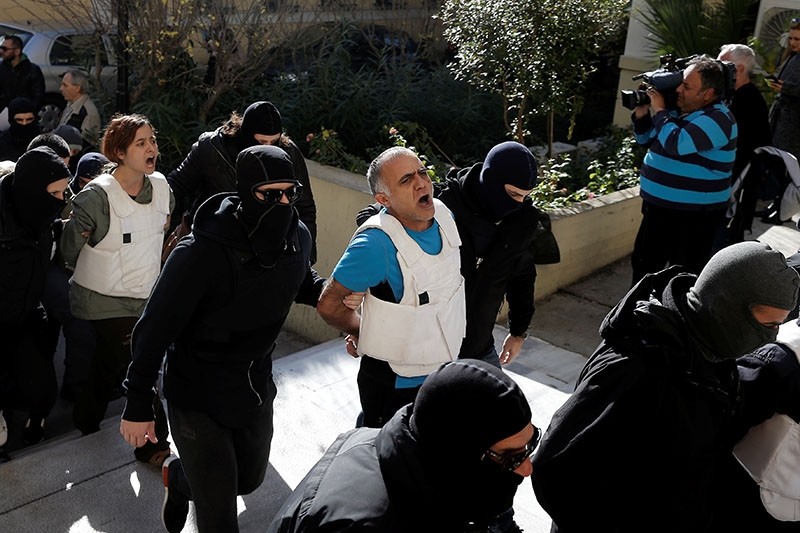 A few months after arresting a group of terror suspects wanted by Turkey, Greece revealed that it did not actually shift its policy when it comes to prosecution or extradition.

The court accepted a plea by the prosecutor who stated that circumstances were not appropriate for the extradition of Özpolat. In January, a Greek court had rejected extradition request for Mehmet Doğan, another DHKP-C militant captured with Özpolat.

All nine suspects face charges of possession of explosives and guns, membership of a terrorist group and possession of false documents.

Greek media outlets reported that the suspects, including one who was granted political asylum in France, were planning to launch an attack on Erdoğan's motorcade during his December visit to Athens.

Hasan Biber, the perpetrator of the 2013 rocket attacks that targeted the ruling party's headquarters and Justice Ministry offices in Ankara, was among the captured suspects.

Biber was released after he was captured for transporting munitions to Turkey from a Greek island a few years ago.

Though Greece and Turkey signaled the will to improve their once hostile relations during Erdoğan's visit, several issues such as a dispute over territorial waters overshadow the ties.

For decades, Greece has served as a safe haven for DHKP-C and other terrorist groups active in Turkey, whose members were granted political asylum.