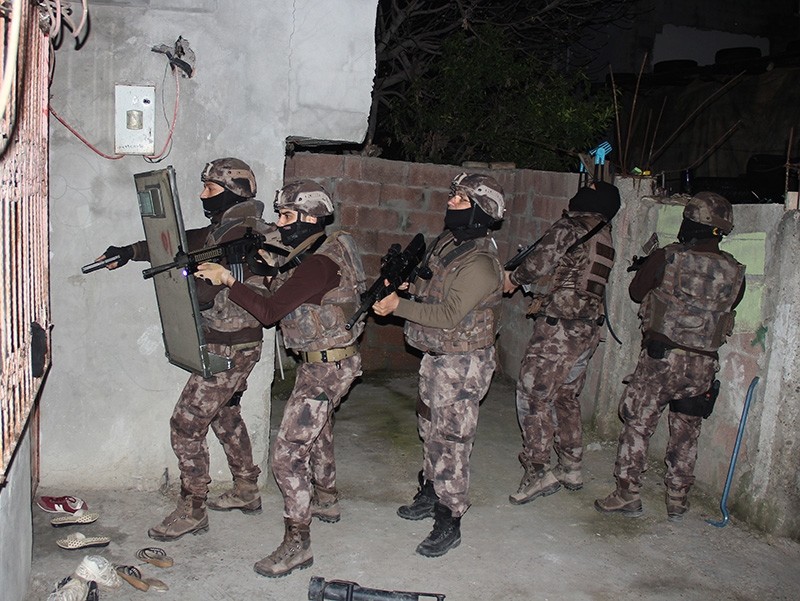 In a number of dawn raids, Special Operations forces stormed several buildings in the city and detained the suspects.

The U.S. embassy in Ankara issued a security threat warning Monday before it remained closed for that day and the next. Shortly after, the police detained four Iraqi Daesh suspects, reportedly on their way to the capital Ankara from northern Turkey's Samsun with a plan to attack the embassy.

Amid fears that Daesh militants who fled Syria could hit Europe and Turkey, authorities have heightened crackdowns on the terrorist group with almost daily operations.

Though Daesh lost a number of its strongholds in Iraq and Syria, a controversial deal between Daesh and Syrian terrorist groups linked to the PKK that carries out attacks against Turkey, helped their safe evacuation from Raqqa, Syria.

Turkey shares a lengthy border with war-torn Syria and struggles to keep safe from infiltration despite a giant border wall that is currently under construction. The country is at the forefront of efforts to quell th reats from the terrorist group, which partly depends on foreign recruits for fighters.

Turkey has stopped thousands of people from trying to enter Syria to join the group over the past few years. It is now concerned with militants fleeing Iraq and Syria following the fall of the terrorist group. The country has so far stopped more than 5,800 foreign Daesh recruits on its borders and arrested some 10,000 members of the terrorist group in continuous operations.