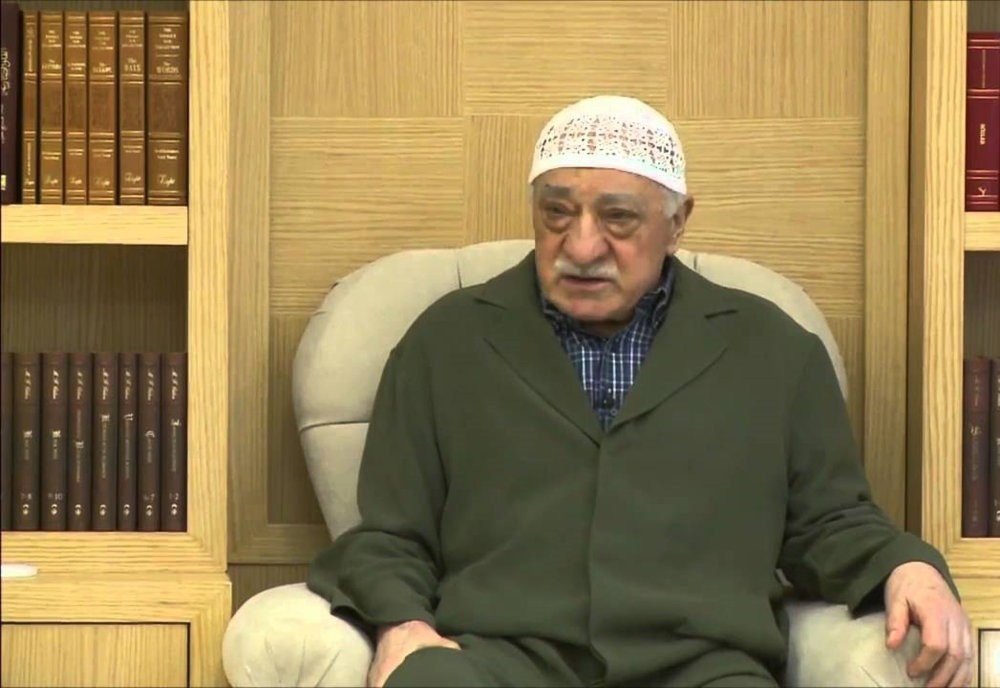 Fetullah Gu00fclen, seen here in a khaki garb in a veiled message to FETu00d6 infiltrators in the military, is among the most wanted suspects in the 2016 coup. Ankara is offering up to TL 4 million for tips for his capture.
by Yüksel Temel Mar 15, 2018 12:00 am

The Foreign Ministry and intelligence services have asked prosecutors to issue arrest warrants for 4,600 members of FETÖ, the terrorist group behind the 2016 coup attempt

Turkey has launched international efforts to bring members of elusive Gülenist Terror Group (FETÖ) to justice. Through an inquiry in cooperation with intelligence services, the Foreign Ministry determined 4,600 suspected members of the group around the world and has asked the Chief Prosecutor's Office in the capital Ankara to issue their arrest warrants.

All suspects are accused of being involved in pro-FETÖ propaganda, which escalated after Turkish officials announced that the terrorist group was behind the deadly coup attempt on July 15, 2016. On that day, a total of 249 people were killed when infiltrators of the terrorist group in the military tried to seize power.

Imposing a state of emergency, Turkish authorities launched a nationwide manhunt to capture the suspects involved in the coup attempt. Thousands were detained or arrested while the group's government infiltrators were weeded out from the army, law enforcement and judiciary.

Officials already issued arrest warrants for senior cadres of the group, including FETÖ leader Fetullah Gülen, who is one of the most wanted suspects.

Washington has so far been reluctant for to extradite the terrorist leader Gülen, who has been living in Pennsylvania since 1999.

Investigators believe that along with Gülen, several key figures of the terrorist group fled the country following criminal inquiries live in a posh retreat run by a Gülenist foundation.

Turkey monitors the activities of Gülenists in 160 countries. The terrorist group runs a global network of schools and companies. It has long disguised itself as a charity organization with religious affiliations before moving to seize power first in 2013 in Turkey.

FETÖ suspects mostly live in the United States, Germany, Canada and United Kingdom. A majority of Turkey's allies in Africa and Asia have shut down FETÖ-linked schools and have already extradited wanted suspects.

Meanwhile, all 4,600 names supplied by the Foreign Ministry work as "imams," point men of the terrorist group, and in lower cadres.

Along with those living abroad, prosecutors are now also investigating their ties to FETÖ suspects in Turkey. They gradually face extradition after prosecutors wrap up the cases on each suspect.

Recently, Turkey has asked Azerbaijan, country's closest ally, to extradite six suspects and Baku has completed the extradition of two of them, including a deputy of FETÖ's imam for all of Azerbaijan.

One of suspects was working at a school run by Gülenists in Azerbaijan while the other was an employee of a company linked to the terrorist group.

FETÖ's coup attempt in 2016 was quelled thanks to a strong public resistance. Trials of hundreds involved in the putsch attempt are still underway. In a 104 trials since 2016, some 586 defendants, including generals, were sentenced to life for their involvement in the insurrection bid. The main trial of those accused of orchestrating the coup plot and a trial of putschists who took over the main headquarters of the army is still underway.

Security forces also carry out operations on a daily basis to capture FETÖ members. On Wednesday, nine people accused of commanding FETÖ's infiltrators in a police training school were detained in nationwide operations.

A court in Istanbul, meanwhile, sentenced former judge Rabia Başer to seven years and six months in prison for membership to the terrorist group. Başer was also the wife of Mustafa Başer, a judge also imprisoned for his links to the group.

Mustafa Başer had stirred up controversy after he ordered the premature release of a group of police chiefs detained for FETÖ membership.