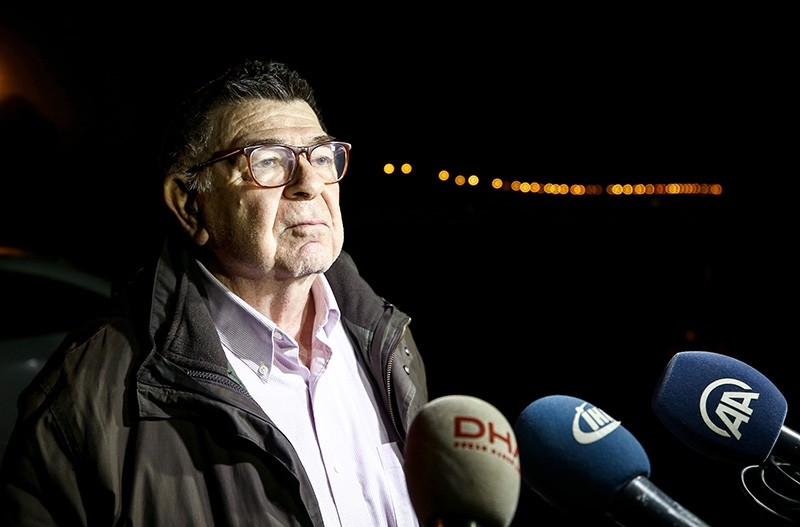 Turkey's top constitutional body on Friday ruled for the second time that the rights of a Turkish journalist jailed in the wake of the failed coup over his links to the Gülenist Terror Group (FETÖ) had been violated while in detention.

The Constitutional Court had in January ruled that Şahin Alpay and fellow journalist and academic Mehmet Altan should be released on the grounds that their rights had been violated. But the lower criminal courts hearing their cases defied the decision and they remain in jail.

The court's decision was criticized by the government, saying the Constitutional Court overstepped its authority and acted as an appeals court.

Anadolu Agency reported that after the January court ruling, Alpay applied to the Constitutional Court for a second time which again ruled by a majority vote Friday his rights had been violated.

In its detailed ruling, the Constitutional Court said that it is not up to lower courts to examine whether its rulings are legal or constitutional, but to remove the violation and its consequences. The court said that Alpay should be paid 20,000 lira ($5,100) in compensation.

Following the ruling, Istanbul's 13th High Criminal Court ruled Friday for the release of Altay, imposing an international travel ban and placing him under house arrest.

Alpay, who remains on trial after being arrested after the coup attempt in 2016 on charges of being a member of an armed terrorist group, violating the constitution and attempting to overthrow Turkish Republic and its parliament, was released late Friday after spending 20 months in jail.

Mehmet Altan was on February 16 handed a life sentence on charges of links to the FETÖ, along with his brother Ahmet, also a writer and former editor-in-chief of the now-defunct Taraf daily that acted as the mouthpiece of sham trials launched by the FETÖ, and veteran journalist Nazlı Ilıcak.

A second application by Mehmet Altan to the Constitutional Court would be examined at a later date, the agency added.

The latest ruling comes as the European Court of Human Rights is scheduled on March 20 to rule on the cases of Alpay and Mehmet Altan who both appealed to the Strasbourg court.

Turkey is a member of the Council of Europe rights watchdog, of which the court is a part, and is thus obliged to implement its judgments. The Council of Europe's chief Thorbjorn Jagland also expressed concern after lower courts refused to release Alpay and Altan, saying such decisions were "binding" otherwise "the rule of law will be undermined."

Alpay, a left-wing militant turned liberal active in the press since the early 1980s, was detained on July 31, 2016, along with other columnists of the now-defunct Zaman daily, the main newspaper of the FETÖ's once-sprawling media empire. In a court hearing in September, Alpay dismissed accusations that he was part of the FETÖ and only wrote for the newspaper because there were no other job offers and he needed the money. He said that he had "no idea" that the FETÖ, which he described as the Gülen Movement named after its leader Fetullah Gülen, was involved in anything illegal.

The terrorist group faces a new barrage of trials after the July 15 coup attempt, its latest bid to seize power through its infiltrators that led to the deaths of 250 people and injured 2,200 others. The group is accused of running media outlets to vindicate its actions and orchestrating defamation campaigns against the group's critics. FETÖ once wielded considerable clout in the media where it ran TV stations and newspapers that spread the group's propaganda. Most were closed down as part of the crackdown on the FETÖ and were handed to trustees as the legal processes against the group's members commenced.