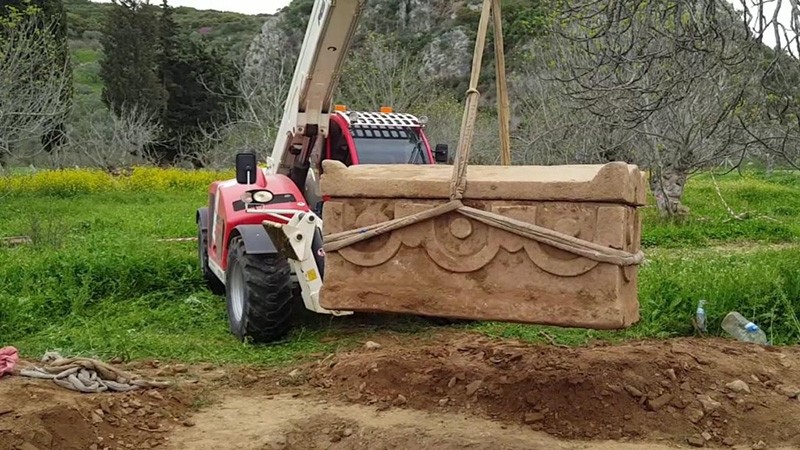 A 1,700-year-old sarcophagus dating back to the Roman era was seized and two people were detained during an anti-smuggling operation in the Selçuk district of Turkey's western Izmir province.

According to media reports, Izmir Police Department's anti-smuggling units had received a tipoff of an illegal excavation at a protected archeological site near Arvalia in the ancient city of Ephesus. The two suspects reportedly planned to smuggle the historical sarcophagus abroad, to sell it for 1.4 million euro ($1.7 million).

Police units launched an investigation, leading to the discovery of the hidden artifact after two months. The anti-smuggling units also came across three burial chambers during the operation.

Experts from the Selçuk Museum Directorate, who were on scene, said that the smugglers severely damaged the natural stone walls of the underground chambers.

Human skeletons, a tear bottle, an urn and the lid of a marble chest were also seized during the operation, in addition to the sarcophagus.

After a more detailed examination, archeological experts said that three children and seven adults, probably from the same family, were laid to rest in the sarcophagus.