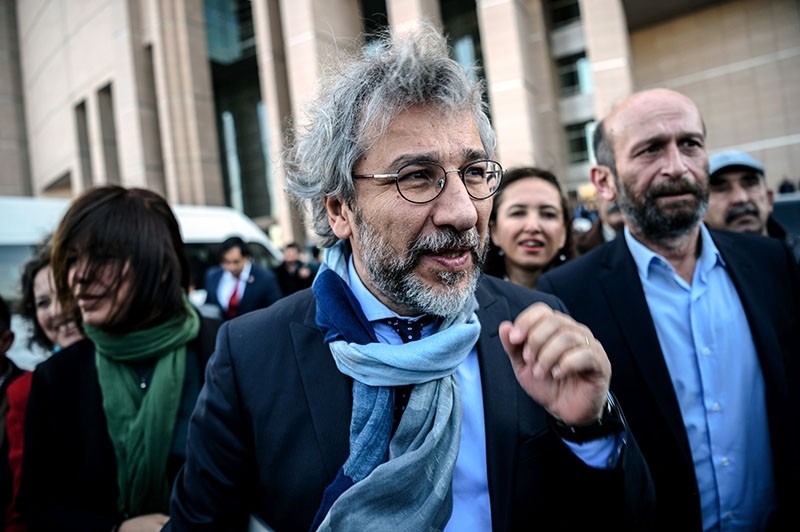 One day he parties with friends in Germany and on another, gives an interview to BBC. Can Dündar, whose popularity in Europe rose after he was convicted of espionage, may finally return to Turkey to face trial for the crimes of which he is accused.

A Turkish court ruled Monday for the arrest of fugitive journalist Can Dündar, the defendant in a high-profile espionage case who currently resides in Germany, and issued a red notice.

On March 9, the Supreme Court of Appeals reversed an earlier ruling by Istanbul's 14th High Criminal Court on fugitive Dündar for leaking secret documents in the controversial "MIT trucks" case, saying he should be sentenced to 15 to 20 years in jail.

According to the court's decision, the earlier ruling by the 14th High Criminal Court, which charged Dündar with "leaking state secrets" and sentenced him to five years in prison, did not fully define the scope of his crime.

The court said Dündar was guilty of "obtaining confidential documents for military espionage" and should be sentenced to 15 to 20 years in prison.

The decision said Dündar was capable of knowing the nature of the state secrets, adding that he committed the military espionage on behalf of the Syrian government.

As the detailed ruling of the top appeals court reached the lower court, the court issued an arrest warrant and a red notice for Dündar in absentia, and ruled for the start of extradition procedures from Belgium, where he resides according to the court papers. The first hearing was set for May 7.

Dündar currently runs a Berlin-based website. A German foreign ministry spokesman said last year that any arrest warrant for Dündar from Germany would be ignored.

Trucks belonging to MIT were stopped in early January 2014 in the southern Adana province while carrying supplies to Turkmens in the Bayırbucak region in northern Syria's Latakia, according to government officials.

The raid against the trucks was allegedly carried out by officials linked to the controversial Gülenist Terror Group (FETÖ) with the purpose of undermining the government's reputation in the international arena.

While an investigation on the incident was underway, the Cumhuriyet newspaper – later joined by several other media institutions – unlawfully published footage of the raid and the content found in it.

Dündar and Cumhuriyet's Ankara Bureau Chief Erdem Gül were initially arrested but were later released on March 9, 2016, after a ruling by the Constitutional Court that their rights had been violated. Dündar, who also faced a gun attack attempt during a trial on May 6, 2016, later fled from Turkey to Germany in July 2017. The Supreme Court has stated that no evidence was found for Gül's involvement in the espionage.

Dündar faces another trial in Turkey where prosecutors accuse him and other Cumhuriyet staff for aiding terrorist groups including FETÖ.

Still, it remains dubious whether Belgium, Germany or any other European country where he is spotted, will arrest and extradite Dündar. Turkey complains that EU countries are mostly reluctant to extradite suspects especially in cases related to FETÖ, the PKK or other terrorist groups.

BBC Hardtalk's Stephen Sackur says any journalist in the UK or US would face probe over actions similar to those of Can Dündar, who is being tried for illegally obtaining and publishing classified information on Turkey's National Intelligence Agencyhttps://t.co/ikwF09jc2q pic.twitter.com/dzxRC1Gq9U

The section of the program in which presenter Stephen Sackur stated that any journalist in the U.K. or the U.S. would face probe over actions similar to those of Dündar went viral in Turkey.