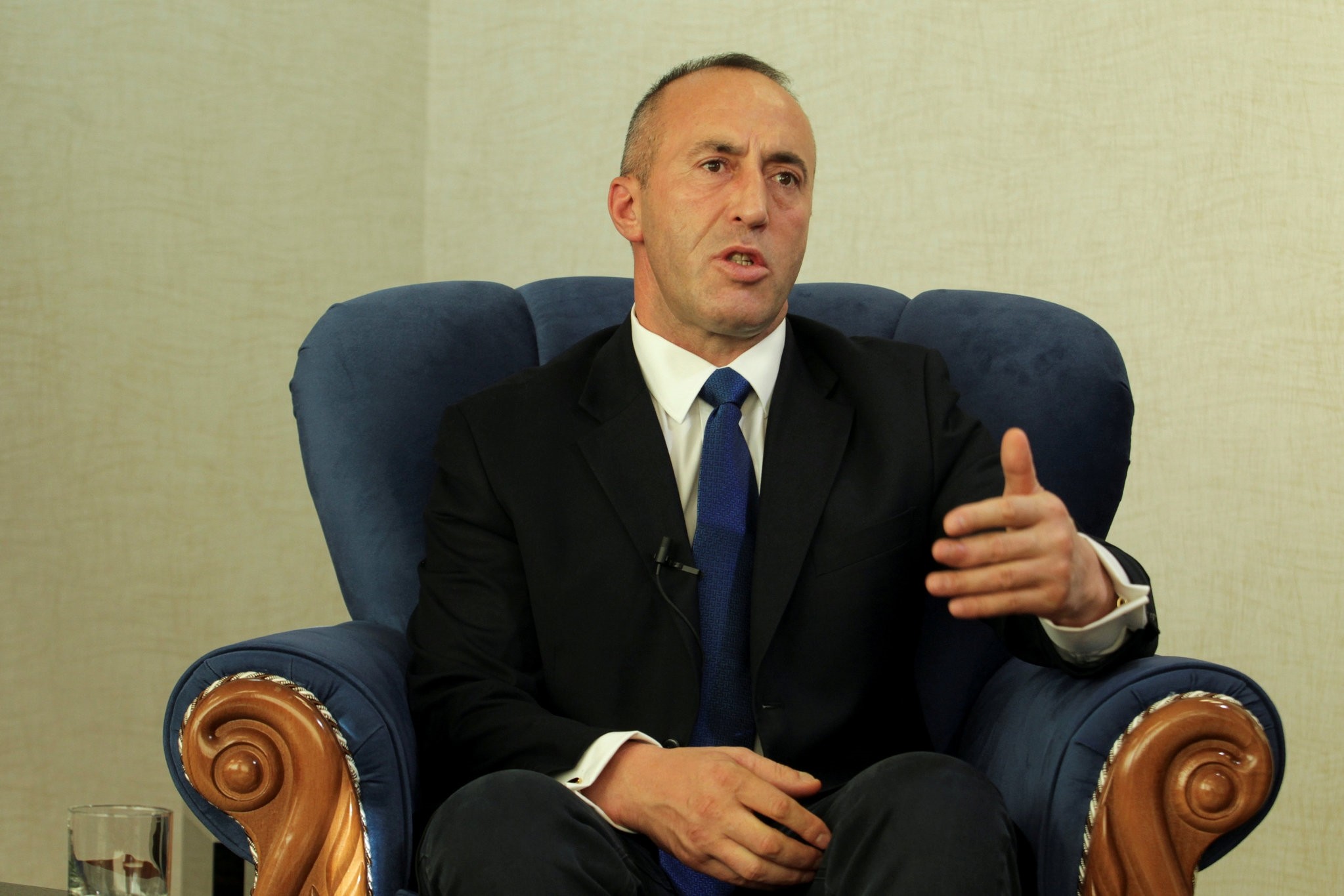 The prime minister of Kosovo, Ramush Haradinaj, (above) was accused by President Recep Tayyip Erdou011fan of acting in accordance with orders he is receiving from abroad for firing officials involved in the extradition of six people with links to FETu00d6.
by Daily Sabah Apr 02, 2018 12:00 am

The six suspects extradited by Kosovo last week considerably damaged the Gülenist Terror Group (FETÖ) operational capabilities in the wider Balkan region, according to reports. The extradition, conducted by the National Intelligence Agency (MİT) in cooperation with its Kosovar counterparts, also caused a serious political rupture in Kosovo, with Prime Minister Ramush Haradinaj firing the interior minister and the intelligence chief, for which President Recep Tayyip Erdoğan condemned Haradinaj for his conduct.

"The entire operation — revoking their residence permits, detention, emergency deportation and the secret extradition to Turkey of the six Turkish citizens from Kosovo territory — was conducted without my knowledge and without my permission," Haradinaj said in a statement on Friday, after firing Interior Minister Flamur Sefaj and secret service chief Driton Gashi.

Osman Karakaya and Yusuf Karabina. The investigation is conducted by the Istanbul Prosecutor's Office, with help from law enforcement officials and MİT.

Özkan was in charge of transferring the money collected by FETÖ's Balkan cells to the state of Pennsylvania in the U.S., where the leader of the terrorist group, Fetullah Gülen, resides. Demirez was responsible for FETÖ recruitment in the Balkans, according to security officials, while Hasan Hüseyin Günakan was in charge of the teachers working for FETÖ's schools in Kosovo.

Osman Karakaya was involved in some of the most notorious court cases of the last decade targeting FETÖ opponents. Some controversial criminal cases launched by FETÖ operatives in the judiciary and the Police Department used tampered evidence to detain, arrest and sentence many innocent people. Karakaya, from the Forensic Medicine Department, is accused of issuing reports that cleared FETÖ-linked suspects while punishing the terrorist group's op

ponents. He arranged the employment of Hapip Bostan by the Forensic Medicine Department, who is now being tried for FETÖ membership and use of ByLock encrypted messaging application almost exclusively used by FETÖ members.

Karakaya was also involved in the Ergenekon trial, preparing a report on the health of Başkent University Rector Prof. Mehmet Haberal.

Kosovo President Hashim Thaci, who previously denied any prior knowledge of the operation, said over the weekend that the extradition of the six suspects was based on a report by the local intelligence agency that accused them of constituting a serious threat to national security. He said other foreigners had been extradited under similar conditions in the past, adding that the matter was being investigated by independent agencies.

However, Haradinaj continued his hardline stance, announcing that he had ordered all relevant agencies to submit written reports on what had happened. He said Sefaj and Gashi were fired because they had not informed him about the matter and had consequently lost his trust. He then yesterday received the families of the suspects in question, saying that there would never be a repeat of what had happened.

President Erdoğan, in a strong rebuke to Karadinaj, on Saturday accused the Kosovar prime minister of acting under the orders of others. "Since when have you started to protect those who launched a coup against the Republic of Turkey? Turkey was the second to recognize Kosovo. Don't you know about that? How can you shelter those who launched a coup in Turkey? You will pay a price. My Kosovar brothers will punish you, I know that."