4 dead, 3 injured in shooting at university in Turkey's Eskişehir 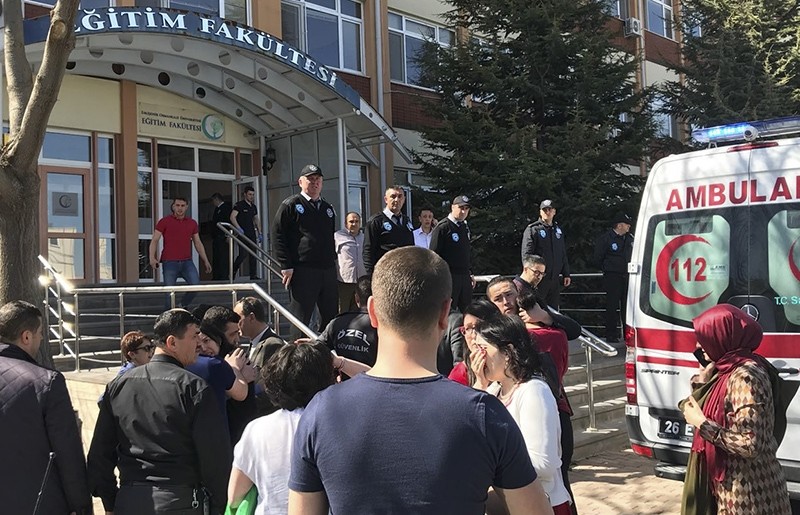 At least four people were killed, three others were injured in a shooting at Osmangazi University in Turkey's northwestern Eskişehir province Thursday.

The suspected attacker identified as Volkan B. — a research assistant working at the university's faculty of education — was detained by security forces.

The attacker's wife was also detained by police.

The three people who were injured in the attack have not been identified yet.

Police are investigating the motives behind the attack and have ruled out terrorism. Initial investigation suggested the dispute between colleagues may have involved recrimination on membership in Gülenist Terror Group (FETÖ).

"The chief public prosecutor has launched an investigation into the incident and we will share details later," Eskişehir Governor Özdemir Çakacak said.

Meanwhile, Rector Hasan Gönen noted that the suspect was internally being investigated by the university over previous verbal attacks on university staff.

"I guess he had some psychological issues," Gönen said.