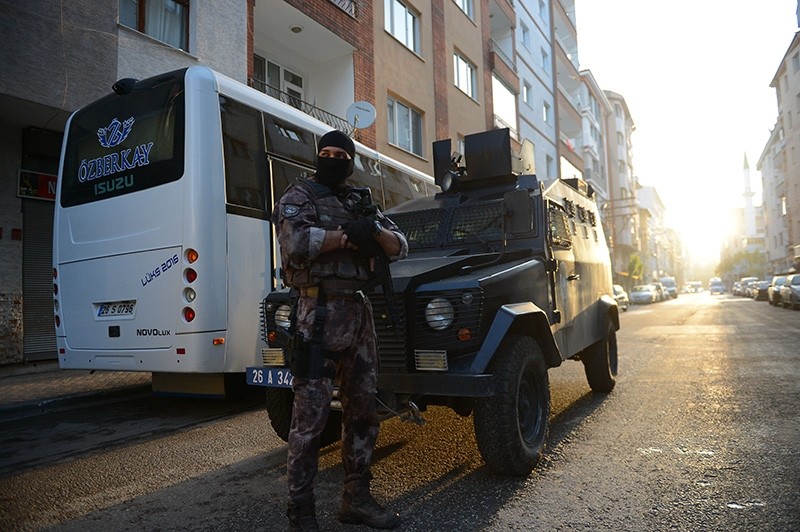 Police in Istanbul detained 51 foreign nationals in simultaneous raids on Saturday, all alleged to have links to the Daesh terrorist group.

The suspects were preparing for an attack. Police seized documents and digital material allegedly belonging to the terrorist group.

In central province of Eskişehir, ten foreign suspects, including an alleged senior Daesh member, have been arrested by the police Saturday for their links to the terrorist group, according to a police source.

All of the suspects were Iraqi nationals, the source, who asked not to be named due to restrictions on talking to the media, said.

Simultaneous raids were carried out at nine addresses in the city as part of a probe launched by the Chief Public Prosecutor's Office in Eskişehir.

Separately on Saturday, a court in Turkey's southern Hatay province, on the border with Syria, arrested an alleged senior Daesh State militant.

Ankara had put a bounty of 1 million Turkish liras ($244,000) out for Mehmet Abitoğlu, codenamed "Ebu Eymen," who was being sought on the "green" terror suspects list.

Counter-terror units detained Abitoğlu, who crossed into Syria in 2014 with his family, upon his return to Turkey. He is allegedly a member of the group the run by İlhami Balı, the so-called Daesh leader in Turkey, who is on the "red" terror suspects list with a TL 4 million (nearly $1 million) bounty on his head.

In western province of Izmir, eight Daesh suspects were detained in Bergama district, and transferred to anti-terror department for questioning.

In eastern province of Malatya, a Daesh sympathizer identified as Ş.A. was detained in simultaneous raids conducted in the city center. Several digital material were seized from the suspect's residence and workplace.

Turkey arrested thousands of suspected Daesh members while many foreign nationals among them were deported. Hundreds of people allegedly linked to the terrorist group remain in prison in Turkey.

More than 300 people lost their lives in Daesh-claimed attacks in Turkey, where the terror organization has targeted civilians in suicide bomb, rocket, and gun attacks.