Turkish court rules to keep terror-linked US pastor jailed, next hearing on July 18 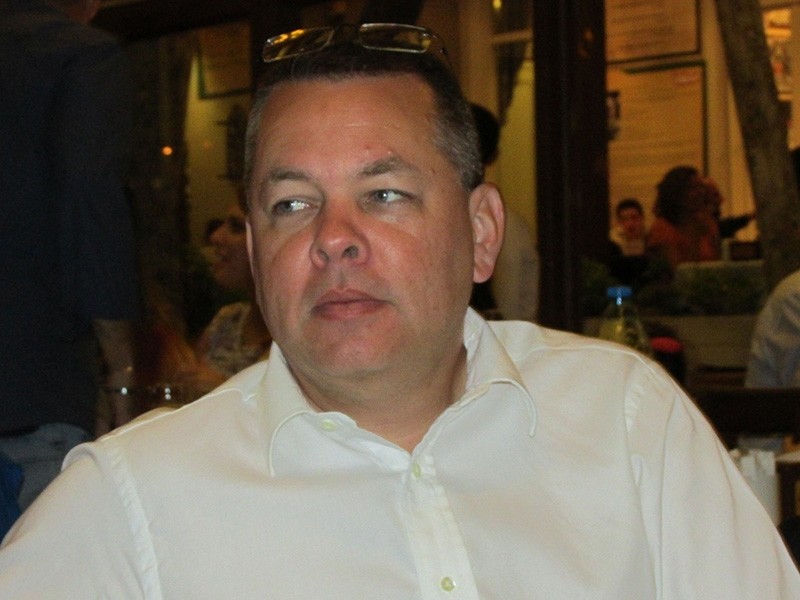 American pastor Andrew Craig Brunson faces charges of espionage and aiding the PKK and FETu00d6 terrorist groups. (File Photo)
by Daily Sabah with Wires May 07, 2018 12:00 am

The trial of American pastor Andrew Craig Brunson held on charges of espionage and aiding the PKK and Gülenist Terror Group (FETÖ) was postponed Monday to a new hearing on July 18 with a court ruling to keep the suspect in jail.

A witness testifying anonymously against the U.S. pastor accused of spying and terror-related charges claimed that the American helped PKK terrorists and aimed to create a Christian Kurdish state, Anadolu Agency reported.

Brunson rejected the claim in the second session of his trial, insisting that he never permitted "politics to enter the church."

"I am helping Syrian refugees, they say that I am aiding the PKK. I am setting up a church, they say I got help from Gülen's network," Brunson said, referring to the testimonies of anonymous witnesses in court.

The 50-year-old evangelical pastor from Black Mountain, North Carolina, faces up to 35 years in prison in Turkey on charges of "committing crimes on behalf of terror groups without being a member" and "espionage."

Foreign Minister Mevlüt Çavuşoğlu, who is expected to meet with U.S. counterpart Mike Pompeo in Washington this week or next, said on Saturday any decision was up to the court.

"They say that the government should release him," he said. "Is it in my power? This is a decision the judiciary will make."