More than 50 foreigners trying to join Daesh nabbed in Istanbul 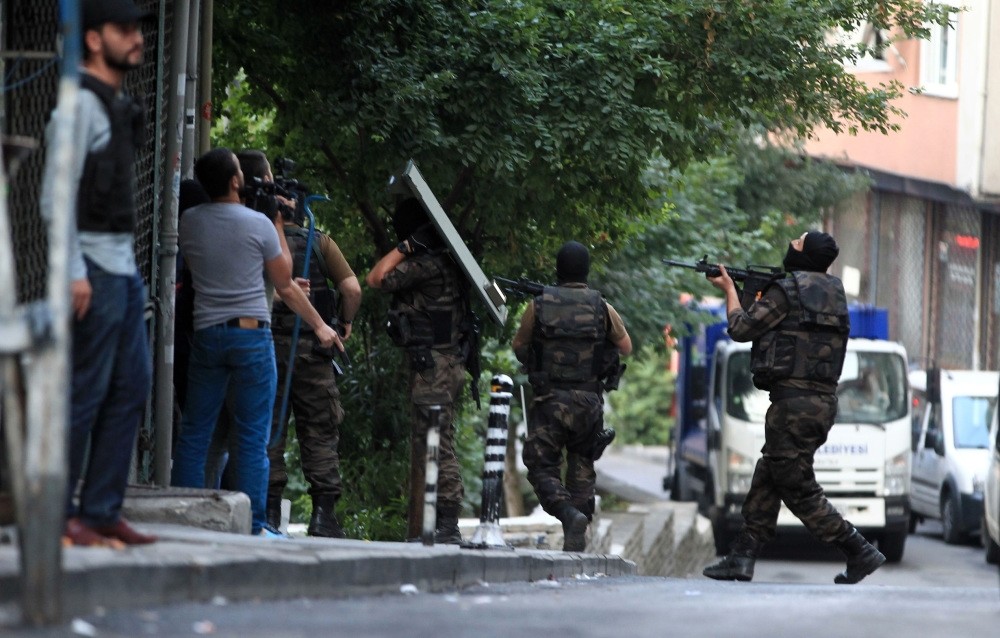 Istanbul police arrested 54 foreigners late Monday in operations that were carried out in 13 districts against Daesh. The suspects, whose nationalities were not disclosed, sought to cross into Turkey's southern neighbor Syria to join the terrorist group. Authorities uncovered digital evidence for their links to the group and took suspects to the police headquarters for interrogation. Two Daesh suspects were also captured yesterday in the eastern city of Bitlis. The operation was the latest chapter in Turkey's continuous crackdown on the terrorist group that once flourished in Iraq and Syria.

Last month, the group's "emir" for Syria's Deir Ezzor, was captured in the western city of İzmir while he was planning to travel to Europe by sneaking in among a group of Syrian immigrants.

Embattled with counterterrorism operations in Syria and Iraq, Daesh sees its numbers further dwindling with heightened crackdowns in Turkey. In the past six months, security forces detained 5,402 suspects and arrested 902 in operations, while another 146 Daesh militants were "neutralized" in the same period in 838 operations across the country. Since November 2017, Turkey has also stopped 5,041 foreigners seeking to join Daesh by crossing into Syria and Iraq through Turkey and sent them back to their countries of origin. Security forces also foiled 10 attack plots. Figures show some 18,500 suspects were monitored for links to the terrorist group at airports upon their arrival.

The terrorist group started targeting Turkey in 2013, the year it was designated as a terrorist group, but it was in 2015 when it really made the headlines with multiple suicide bombings that killed over 100 people in a southeastern town and in the capital Ankara. More attacks followed the next year, including suicide bombings at an Istanbul airport and an attack on an outdoor wedding party in southern Gaziantep that killed 58 people. At a hearing yesterday, a court rejected a plea for the release of 11 defendants involved in the Gaziantep attack.

Aiming to stop the Daesh threat from Syria, Turkey supported the Syrian rebels in a 2016 operation against Daesh-held towns in Syria. With Operation Euphrates Shield, Daesh lost control of towns it held in the north of the conflict-ridden country and was forced to withdraw from positions it held near the Turkish border. Although Daesh has lost many strongholds in Iraq and Syria, a controversial deal between Daesh militants and Syrian groups linked to the PKK, a major terrorist group that carries out attacks in Turkey, helped their evacuation from Raqqa, Syria. Turkey shares a lengthy border with Syria and struggles to keep itself safe from infiltration despite a giant border wall that is currently under construction.