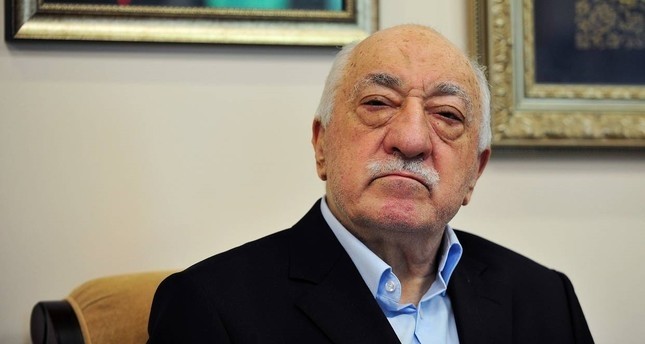 Investigators uncovered nearly 30,000 suspects who benefited from a scheme by the FETÖ terrorist group to supply questions and answers to suspects for public exams that were exploited so that their members could infiltrate into the state

The Gülenist Terror Group (FETÖ), which is blamed for the coup attempt two years ago, was involved so deep in the fraud of a string of exams that the Chief Public Prosecutor's Office in the capital Ankara had to set up a special unit to investigate.

Investigators were sifting through thousands of documents when they discovered some 30,000 people benefited from the group's scheme to steal questions and answers to exams to allow their members to infiltrate into state institutions. Prosecutors have been investigating corruption allegations in past exams - including the Public Personnel Selection Exam (KPSS), the largest civil servant exam in the country, as well as an exam for promotion in academia and exams for admission and promotion in law enforcement and the military - for quite some time now.

The courts have also been handling the trials of those involved in the fraud. Some suspects have already been handed down prison terms while others are still waiting for their cases to conclude. In trials on fraud in a section of the KPSS, 700 suspects out of 3,000 have already been sentenced. However, suspects who played the main role in stealing the questions and answers are still at large.

Testimonies of former members of the terrorist group revealed that FETÖ either used its members in exam bodies to gain access to questions long before the exams were scheduled for or hacked into the servers for the same purpose. The group's "brothers," high-ranking members responsible for new recruits, would then hand them to young students hoping to enter law enforcement, military schools or any members of the group seeking a position in public sector. That is exactly how the group carried out the 2016 coup attempt that left 250 people dead. In 2013, FETÖ tried to topple the government again in another failed coup attempt with its members in police and judiciary.

In the KPSS fraud investigation alone, there are some 13,000 suspects. They apparently obeyed the orders of Fetullah Gülen, the group's fugitive leader who told his members to "infiltrate into the arteries of the state" years ago in a series of speeches. Thousands were detained or arrested following and before the coup attempt for their links to the terrorist group but authorities believe there are more infiltrators who have managed to disguise their links to FETÖ.

Investigators are now looking back at all of the state exams held in the past 15 years. Those exams were critical for FETÖ's expanding infiltration into the state, something believed to have started in late 1970s when Gülen, an influential preacher at that time, expanded his clout. Among those exams are the KPSS exams held in 2010 and 2012, an exam for judges and prosecutors held in 2012, exams held for the promotion of police chiefs in 2005 and 2013, and exams for district governors in 2011 and 2012.