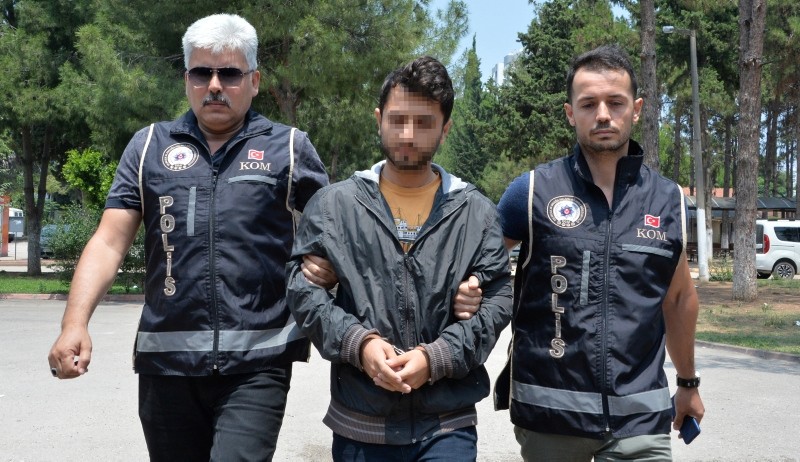 Police in the southern city of Adana arrested Tuesday a director of the opposition Good Party's (IYI Party - IP) local youth branch for links to the Gülenist Terror Group (FETÖ). Sefa Bozdoğan, who heads the branch in Adana's Çukurova district, is the second figure from the party arrested in two months for links to the terrorist group. FETÖ, among other crimes, is accused of carrying out the July 15, 2016 coup attempt.

Bozdoğan was among twelve suspects detained in a recent operation against the terrorist group. Other suspects captured in the operation against FETÖ's "houses of light" were released with judiciary control while authorities remanded Bozdoğan in custody on Tuesday. Houses of light are regular houses used as dormitory for university students recruited by the group. Bozdoğan is also a student of medicine. He is accused of brainwashing younger students to join FETÖ while offering them free assistance in their studies. He was trying to recruit high school students who were seeking to join military school, to the terrorist group, media outlets reported.

In May, counterterrorism police in Istanbul detained Kerim Çoraklık, a social media director of İP, for his links to the terrorist group. The party has denied that Çoraklık had any official post in the party when his photos with İP president Meral Akşener splashed over the front pages of newspapers.

The party, founded by dissidents from Nationalist Movement Party (MHP), has faced accusations of backing FETÖ by its critics. MHP Chairman Devlet Bahçeli has accused Akşener of having close ties to the group. Akşener was also criticized for deleting tweets dating from 2013 responding to FETÖ suspect Emre Uslu, who stated he wants to see Akşener as a presidential candidate in the 2014 elections.

"If you would declare your intention for presidency, it'd be a positive development," Uslu tweeted on July 19, 2013, responding to a chain of tweets with Akşener, who is now one of contenders for the post in June 24 elections. Uslu, a renowned figure of the terrorist group who fled to the U.S. before the coup attempt, is known for his notorious pro-FETÖ propaganda and is on a wanted list due to his alleged links with the terrorist group.