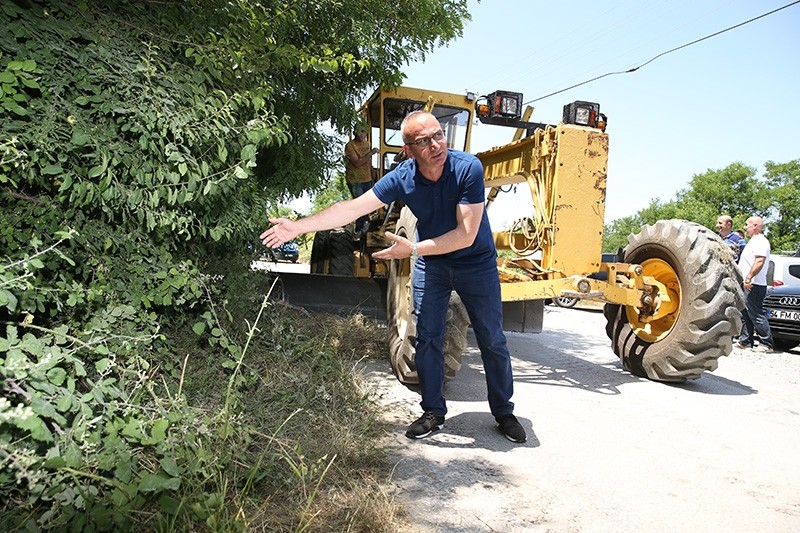 One suspect in the brutal killing of a puppy has been taken into custody in northwestern Turkey's Sakarya province, authorities said Sunday, while reports on animal cruelty have surfaced elsewhere in the country.

Sapanca Public Prosecutor instructed police to detain the operator of the work machinery at a construction site where a puppy was found with all feet legs and tail cut off.

The one-month-old puppy was found Thursday, on the eve of Eid ai-Fitr marking the end of the Islamic holy month of Ramadan, by locals in a forested area in the Yüzevler neighborhood of Sapanca district located in the northwestern Sakarya province.

Despite efforts to save the puppy at an Istanbul veterinary hospital, the puppy succumbed to its severe injuries. The incident has stirred public outrage and quickly rose to newspaper headlines and became the top report in news bulletins.

As the incident gained social media and news attention, authorities clarified that a defamatory video that began circulating on Saturday blaming Syrians for abusing dogs was not tied to the puppy's killing.

"It was determined that the video which was broadcast on many social media and news sites on June 16, 2018, was taken in Jordan in 2017, and the scene in the images did not overlap with the forested area where the incident occurred in Sakarya," the General Directorate of Security said in a statement, condemning those responsible for circulating the video.

Meanwhile on Sunday, another five puppies were found dead on the campus of Sakarya University. Two other injured puppies were taken to a veterinary hospital.

Another injured dog in Sakarya's Karapürçek province was brought to a veterinary by residents who claimed acid was poured on its feet.

In a separate incident in southern Turkey's Adana province, a black cat was found beheaded in Adnan Menderes Boulevard picnic area on Saturday. Photos of the scene were shared widely on social media, adding to public outcry over abuses against animals.

The hashtag "#HayvanaSiddetSuctur (Violence Against Animals Is A Crime) was among global top trending hashtags on Saturday.

President Recep Tayyip Erdoğan responded to the puppy's slaying on Saturday afternoon, tweeting: "Protecting animals is not only a duty but also a requirement of our faith, humanity. Animals are not property, they are lives, they are entrusted to us by God."

He reminded that the ruling Justice and Development Party (AK Party) introduced the No. 5199 Animal Protection Law in 2004 and amendments in a proposed government bill concerning increased legal sanctions will be a priority in the new legislative year.

Despite a consensus on the issue, a draft bill foreseeing prison terms for crimes against animals proposed to the cabinet by relevant ministries in April is still pending in the parliament.

On Saturday, Deputy Prime Minister and Government Spokesperson Bekir Bozdağ, Justice Minister Abdulhamit Gül and Energy Minister Berat Albayrak and other political leaders pledged that the introduction of the bill will be a prioritized subject in the new legislative year after the June 24 elections.