Dozens arrested, 19 sentenced to life in fight against FETÖ 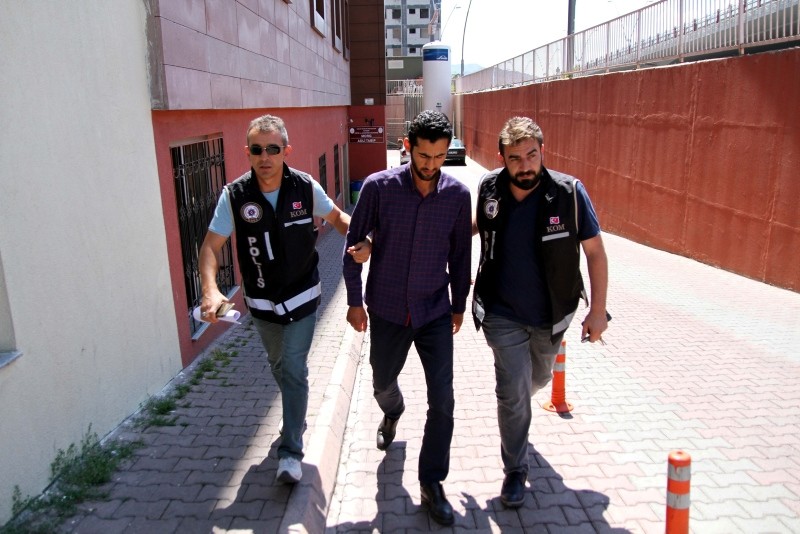 FETÖ, which emerged as a security threat after two coup attempts in 2013, has experienced increased crackdowns after the July 15, 2016 coup attempt that killed 250 people. Prosecutors say the group used its infiltrators in the military to seize power. Thousands of people were arrested or detained in the aftermath of the coup attempt, and trials opened in late 2016 for hundreds of military officers and civilians actively involved in the attempt.

In Bursa, a northwestern city whose former governor was among those arrested for FETÖ links after the 2016 attempt, the chief prosecutor's office issued arrest warrants for 102 suspects, including military officers and former police officers as well as former military cadets. Some 84 suspects were arrested so far, and operations were underway in 23 cities to capture the suspects. FETÖ is known for its widespread infiltration of law enforcement, the military, the judiciary and bureaucracy. Operations are being held almost daily to capture its infiltrators.

In the northern city of Kastamonu, prosecutors ordered the arrests of 21 FETÖ suspects. All suspects were caught in operations in eight cities. They include businesspeople and doctors linked to the terrorist group.

Elsewhere, courts handed down prison sentences for FETÖ members, from civilians to military officers, involved in the 2016 coup attempt. In the southern city of Adana, 19 military officers were sentenced to aggravated life imprisonment, while 404 others, including a general, were released. All defendants were deployed in the southeastern city of Şırnak at the time of the coup attempt but lack of a courtroom large enough to house all defendants forced authorities to relocate the trial to Adana. In the eastern city of Malatya, a FETÖ suspect who worked as an interpreter at a NATO base in the city was sentenced to 10 years in prison for membership of FETÖ. Tevfik Mutlu had contacts with senior members of the terrorist group according to prosecutors, from Şerif Ali Tekalan, who now heads a university run by FETÖ in Texas, U.S., to Ali Çelik, a fugitive CEO of a now-defunct lender accused of laundering money for the terrorist group.

In the central city of Kayseri, two former police officers were each sentenced to six years in prison for membership of a terrorist group.