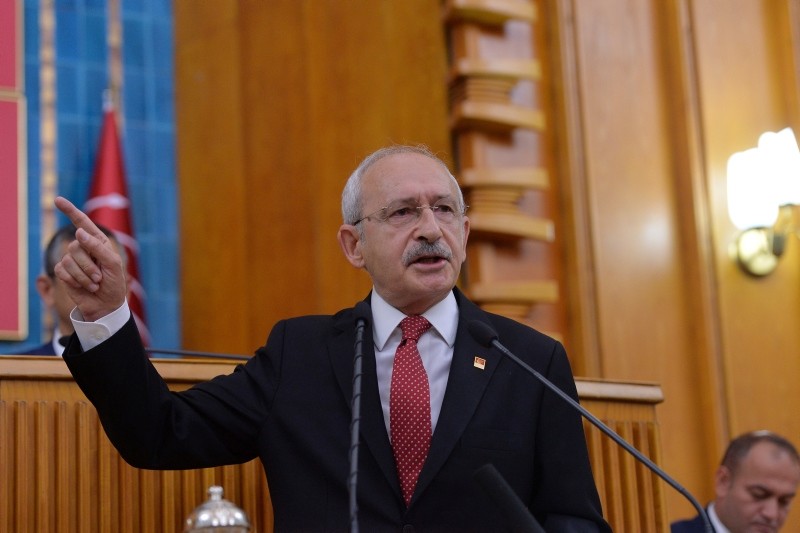 A Turkish court has ordered main opposition Republican People's Party (CHP) Chairman Kemal Kılıçdaroğlu to pay 359,000 Turkish liras ($75,000) to President Recep Tayyip Erdoğan and his family over his claims on money transfers to an offshore haven.

In late 2017, Kılıçdaroğlu alleged that millions of dollars from illegal transactions were transferred by Erdoğan's relatives to a company established in the Isle of Man.

A probe by the Chief Public Prosecutor's Office in Ankara found the transactions recorded in documents presented by CHP officials were valid according to the records of the Financial Crimes Investigation Council (MASAK) however, it noted that Kılıçdaroğlu and CHP officials failed to present all documents related to their allegations. It also dropped the charges since there was no evidence that the money transferred to the Isle of Man was made illegally, or amounted to tax evasion or money laundering.

Kılıçdaroğlu's lawyer Celal Çelik left the court room in protest before the verdict was announced.

Probe launched on Kılıçdaroğlu for insulting the president

Meanwhile, the Chief Public Prosecutor's Office in Ankara launched an investigation Wednesday against Kılıçdaroğlu for insulting the president over a caricature shared on his official Twitter account.

In Tuesday's parliamentary group meeting, Kılıçdaroğlu had said that he would be sharing the caricature on his Twitter account, asking CHP deputies to follow suit. His move came after three students from the Middle East Technical University (ODTÜ) were detained and subjected to investigation from the same charge for carrying a banner featuring the caricature during the university's graduation ceremony on July 7.

Later in the day, President Erdoğan pressed charges against Kılıçdaroğlu and 72 CHP deputies for sharing the caricature.

Dating back to 2005, the controversial caricature published in the cover of now-defunct Penguen magazine portrays then Prime Minister Erdoğan as different animals in reaction to the sentencing of a caricaturist who drew Erdoğan as a cat.

A compensation claim against the caricature itself over insult charges was rejected by a court in 2006.