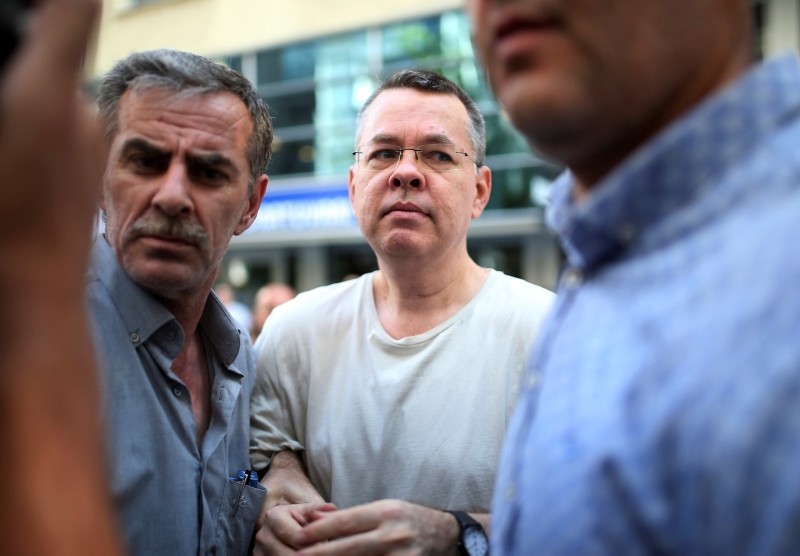 Brunson, a Christian pastor from North Carolina who has lived in Turkey for more than two decades, was indicted on charges of helping the Gülenist Terror Group (FETÖ), which is responsible for the failed 2016 coup, as well as supporting the PKK, and was later moved to house arrest on July 25 due to his health problems.

Serving at the Diriliş (Resurrection) Protestant Church in the western province of Izmir, Brunson was arrested in October 2016.

Brunson's next hearing as part of the trial is scheduled for October 12. The pastor is currently under house arrest in his apartment in Izmir's Konak district, which is being closely watched 24/7 by special operation units.

The United States has repeatedly demanded the release of Brunson from Turkish authorities, while Ankara has said that the U.S.' demands are not in line with principles of an independent judiciary and that it is the courts who will make the ultimate decision.

The two countries have been locked in a heated crisis emanating from unjust sanctions and the actions of Trump, as Washington levied sanctions on Interior Minister Süleyman Soylu and Justice Minister Abdulhamit Gül for not releasing Brunson.

U.S. Treasury Secretary Steven Mnuchin said Thursday that Washington has more sanctions ready if Turkey refuses to release Brunson, while U.S. President Donald Trump said during a cabinet meeting at the White House that Turkey "hasn't turned out to be a great friend."