2 suspects arrested over US Embassy shooting in Ankara 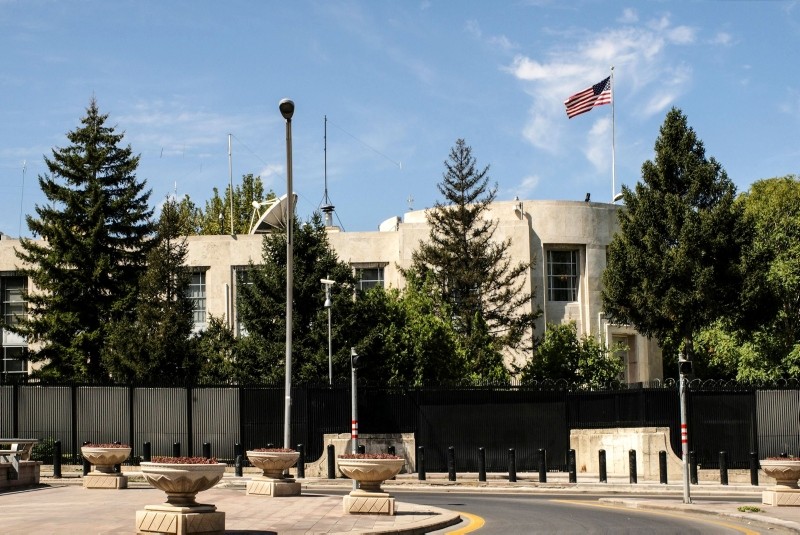 Two suspects involved in the early morning gun attack on the U.S. Embassy in capital Ankara have been arrested, and the vehicle they used in the shooting have also been found, the Ankara governor's office said Monday.

The governor's office named the suspects as Ahmet Çelikten and Osman Gündaş, and said they were nabbed with the 9mm pistol and vehicle they used in the shooting.

Çelikten and Gündaş have confessed to their involvement in the attack, the office said, adding that they both had prior criminal records.

Çelikten, who was born in 1979, was wanted for prison break; he also had a criminal record for causing reckless injury; the other suspect, Gündaş, born in 1980, had several criminal records such as causing deliberate injury, drugs and auto theft.

A judicial probe into the incident remains ongoing; contacts of the suspects and all aspects of the shooting incident are being investigated, said the official statement.

Meanwhile, the U.S. Embassy in Turkey thanked the Turkish police and government for its efforts in nabbing the suspects.

"We thank the Turkish National Police and the Government of Turkey for their fast and professional action in apprehending two individuals who allegedly attacked our Mission this morning. We appreciate their support and protection," the U.S. Mission in Turkey said on Twitter.

The suspects are being interrogated at a police station in Ankara.

The attack took place at 5.30 a.m. local time when six shots were fired from a white vehicle at the U.S. Embassy's main entrance.

Earlier, Turkey's presidential aide had condemned the attack on U.S. Embassy and said all foreign missions in the country remain safe.

In a Twitter post, Ibrahim Kalın said: "We condemn the attack on the U.S. embassy. This is a clear attempt to create chaos.

"Turkey is a safe country and all foreign missions remain safe under the law. The incident is being investigated and will be clarified as soon as possible."

In a written statement, the Ankara Governor had said there were no casualties in the incident.

The ruling Justice and Development Party (AK Party) Spokesperson Ömer Çelik said that "the incident is a clear provocation." He stressed that "those who conduct diplomatic missions are the guests of our country."

Meanwhile, the Turkish foreign ministry said measures were taken to "ensure the security of the U.S. embassy in Ankara, other US missions and their personnel" across the country.