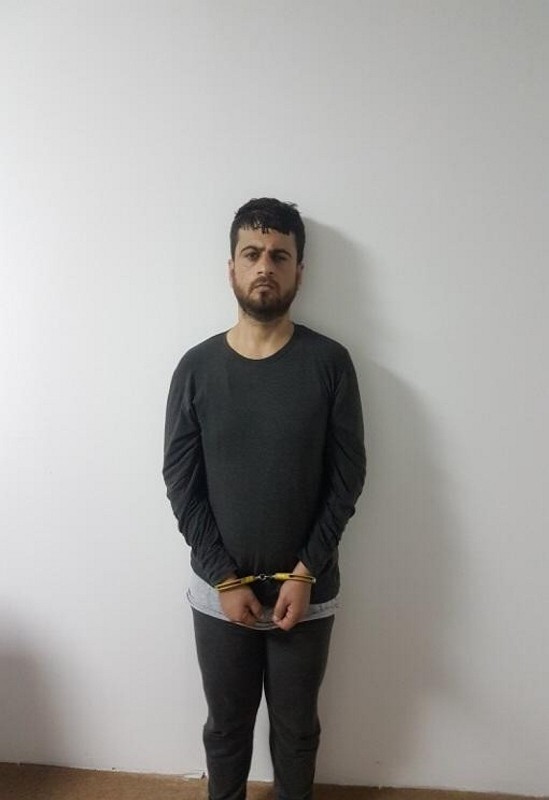 Turkey's National Intelligence Organization (MIT) captured Wednesday a key suspect in the 2013 bombing that killed 53 people in southern Turkey's Reyhanlı district, the deadliest attack in the country at the time, through a "pinpoint operation" carried out in Syria's Latakia.

Yusuf Nazik, who was listed in the "blue" category of Turkey's most wanted terrorists' list, was brought from Syria's port city Latakia, a stronghold of Syria's Assad regime, to Turkey by MIT agents and interrogated.

According to his confession, he was given up-to-minute intelligence from Syrian intelligence units and scouted the crime scene prior to the attack, then moved explosives from Syria to Turkey. Nazik also added that he procured two vehicles to move the explosives.

Reportedly, Nazik was not only helped by the Assad regime during the Reyhanlı attack but also maintained his life in Latakia with the assistance of the regime. The city of Latakia is 90 kilometers from the Turkish border and one of the most strategic cities for protecting Tartus, where a Russian naval facility is located.

He also gave detailed information about Mihraç Ural, a Turkish national known as the leader of a small Shabiha group known as the Syrian Resistance (Al Muqawamat al-Suriyah) and sought by Turkey for his role in the Reyhanlı bombing and several other terrorism cases, as well as other suspects that took part in the attack. Ural's group, also known as "Acilciler," fights alongside Assad regime in Syria.

Media reports said last week that Ural was wounded in an attack. Ural is one of the most-wanted terrorists in Turkey with Turkish officials offering a TL 1 million ($160,000) reward.


Nazik, who was born in the city of Antakya in Turkey's southern Hatay province bordering Syria, admitted that he carried out the bombing with his friends. In his testimony, Nazik called on other suspects to turn themselves in while saying that Turkish authorities will also call the Assad regime to account for the attack.

The operation in Latakia is the latest string of successful overseas operations by the MIT, which had captured several high ranking members of the Gülenist Terror Group (FETÖ) in operations in Kosovo, Gabon, Moldova and Ukraine in recent months in cooperation with local security officials.

Anadolu Agency reported that the Latakia operation was wholly carried out by the MIT and no intelligence or logistics support was provided by a foreign agency.

Justice Minister Abdulhamit Gül hailed the operation, saying Turkey will go after all the culprits and terror organizations.

"It was a successful operation. Our state will come after every kind of terrorist group and [Turkey's] independent judiciary will hand out fair sentences, wherever the culprit may be," Gül said during his visit to central Konya province.

The outcomes of the operation and the confession of Nazik have revealed that the Assad regime has extensively cooperated with terrorist organizations.

"We take the information provided by Yusuf Nazik about the involvement of Syrian intelligence operatives in the 2013 Reyhanlı attack very seriously. His testimony corroborates long-standing rumors about the Assad regime's active role in the bombing, which killed 53 innocent people. Nazik's capture and repatriation should serve as a reminder to all other criminals that we will never stop hunting them. We will spare no effort to find you, catch you, and bring you to justice," a senior Turkish official told Anadolu Agency on the condition of anonymity. 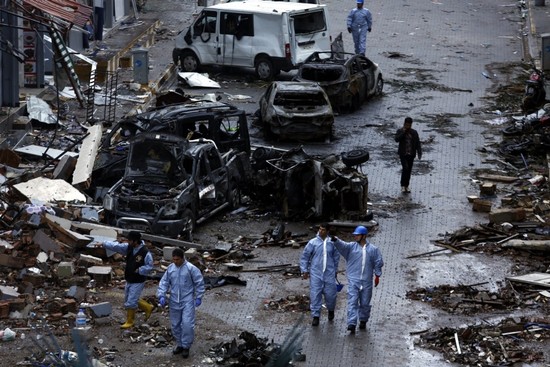 The Reyhanlı bombing on May 11, 2013 had a significantly high death toll as a bomb-laden vehicle was detonated in the town center first, killing scores and causing destruction, and then a second vehicle was detonated five minutes after the first, when dozens including civilians, first-aid units and security forces rushed to the area to help those who were wounded in the attack.

Turkish officials have since blamed the Assad regime and the Syrian Military Intelligence Directorate, also known as Mukhabarat, for the attack.

Experts also said that the predominantly Sunni Arab and Turkmen town was specifically targeted by the Syrian regime to emblaze tensions with Turkey's Alawite community in the neighboring districts of Hatay province, which has long been claimed by Syria. Alawites are the dominant group in the Assad regime and the Syrian Baath Party, whereas Turkey supports the opposition since the beginning of the Syrian Civil War in 2011.

Bordering both Idlib and Aleppo in northwestern Syria, Reyhanlı has also been an important center in providing aid and shelter for Syrian refugees and supporting opposition groups. The attack, which was also blamed on extremist groups such as the Nusra Front and Daesh at the time, also aimed to intimidate the Turkish public opinion in general as a "spillover" from Syrian conflict to their country.

In February, a court in the capital Ankara sentenced nine people to multiple aggravated life sentences for the attack while issuing 10 to 15 years in jail for 13 others.

Eight suspects linked to the attack, including Nazik, were being sought with a red notice.

It was also claimed after the bombing that the information regarding the plot to attack was transmitted by the MIT to then-Reyhanlı public prosecutor Özcan Şişman. Şişman, who was a member of FETÖ, allegedly covered up the information and made way for the bombing.