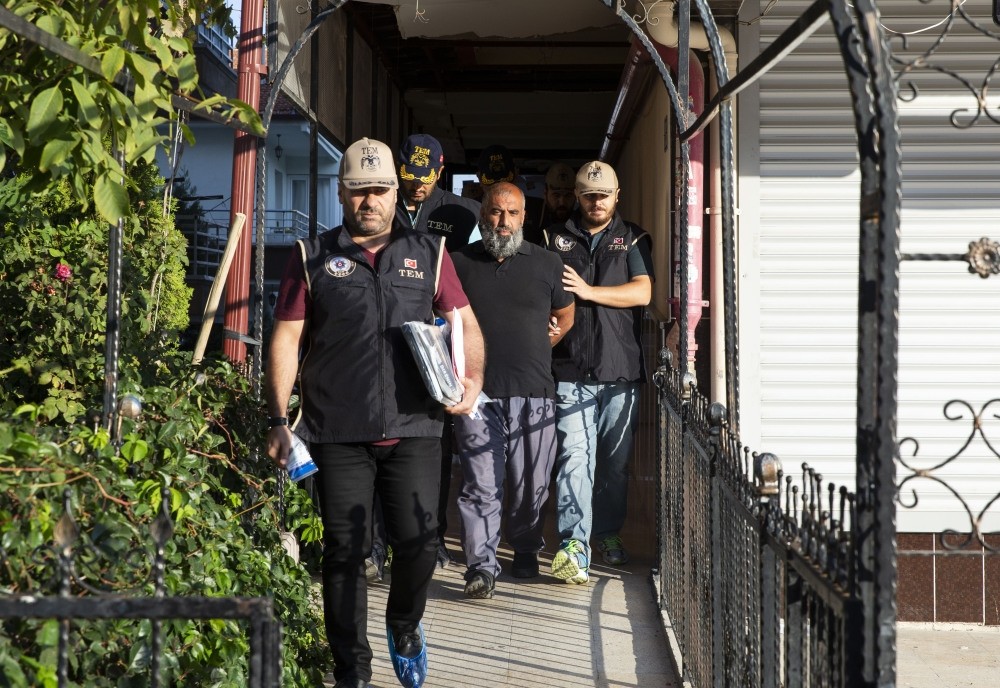 Counterterrorism police arrested five suspected members of the terrorist group Daesh in Friday operations in the capital Ankara. Operations were underway to capture four other suspects with outstanding detention warrants by the Chief Prosecutor's Office.

Police raided several locations in the capital to capture suspects whose identities or nationalities were not disclosed. Documents with Daesh propaganda were found in searches of suspects' residences.

The arrests follow another operation in Istanbul earlier last week that netted seven suspects accused of funding Daesh and helping foreign fighters to cross into Syria.

Daesh killed scores of people when the group started targeting Turkey in 2013, with attacks on rallies, Istanbul's main airport, a popular nightclub in the city and other venues.

Embattled by counterterrorism operations in Syria and Iraq, the terrorist group has seen its numbers dwindle even further with heightened crackdowns in Turkey. In the past nine months, security forces detained more than 5,400 suspects and arrested more than 900 others in counterterrorism operations. Another 146 Daesh militants were "neutralized" during the same period.

Since November 2017, Turkey has stopped more than 5,040 foreigners looking to join Daesh by crossing into Syria and Iraq through Turkey and sent them back to their countries of origin. Security forces have also foiled 10 attack plots.

Figures show that some 18,500 suspects are currently being monitored for links to the terrorist group after being identified at airports upon arrival.