Brother of Fetullah Gülen sentenced to 10 years, 6 months for ties to FETÖ 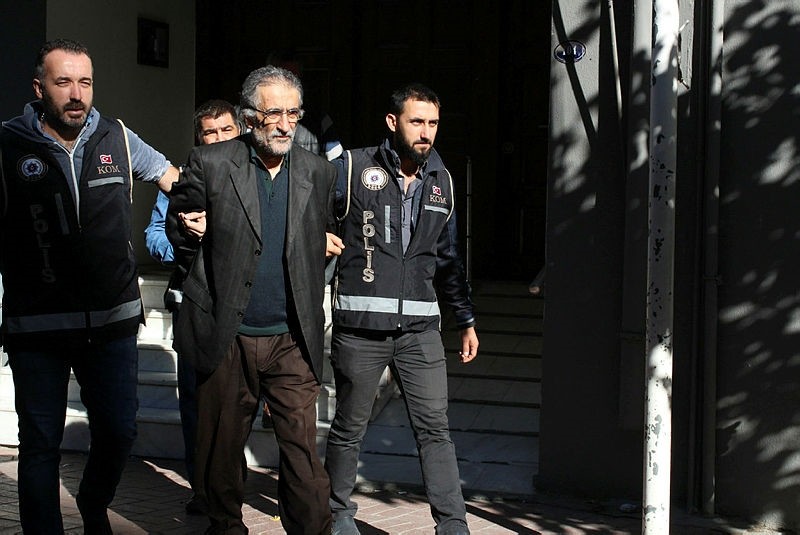 Kutbettin Gülen, suspected ringleader of Gülenist Terror Group (FETÖ) and the brother of Fetullah Gülen, was sentenced Monday to 10 years and six months for ties to the terrorist group.

The Izmir 14 High Court increased Gülen's sentence from seven years on consideration of the charges against him in accordance with the relevant anti-terror laws.

A witness identified as M.P. who used to work at the terror group's Çağlayan Press House accused Gülen of changing out the positions of workers who did not subscribe to the company's publications. M.P. also claimed that Gülen had personally pressured him during private interviews in his office.

The defendant also allegedly made money deposits at the order of Fetullah Gülen.

Gülen denied the charges laid against him in court, which he attended through Audio and Visual Information Services (SEGBİS), and requested that the case be acquitted due to health reasons that he claimed arose during his long stay in a prison in Turkey's western Denizli province.

Gülen was arrested on Oct. 6, 2016, on charges of "being a member of an armed terrorist organization." Authorities determined Gülen had been working at the Çağlayan Printing House – which was connected to FETÖ-affiliated Kaynak Holding – in the Gaziemir district of western Izmir province.

Gülen, who arrived in the United States in 1999, currently resides in a luxurious retreat in Saylorsburg, Pennsylvania. His extradition remains a point of contention between Ankara and Washington.