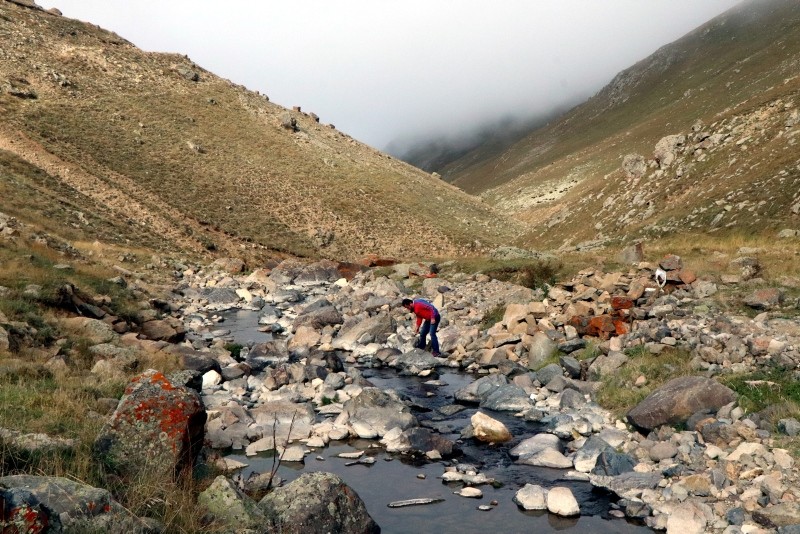 Locals of the Arslanca village near Gümüşhane had contacted authorities last week after seeing that the bridge, which connected three highlands with the village over the Balahor Stream, had literally vanished overnight.

Some villagers had claimed that they had seen the structure intact on Oct. 1.

However, according to a statement issued by the Press and Public Relations Directorate of Gümüşhane Governor's Office, "The District Gendarmerie Command and Yağmurdere Police Station Command came to the scene of the incident and questioned village headman Coşkun Doğan, who said he had heard of the incident via news agencies and that he had never said anything about the bridge being stolen or a probe by the gendarmerie, he only said the bridge had collapsed and most of its stones were missing. In interviews conducted with the residents of the Arslanca village, it was learned that the allegations were baseless and the bridge was destroyed by a flood that occurred three months ago."

In addition, the governor's office said that the bridge had not been registered on the cultural heritage list, and no inspection or registration had been made so far by the Trabzon Regional Protection Board.

In the Eastern Black Sea region, the mountainous terrain is divided by deep valleys and heavy rainfall continues throughout the year. The region is home to numerous historical stone bridges dating back to Byzantine, Seljuk and Ottoman periods, which have served locals for centuries.