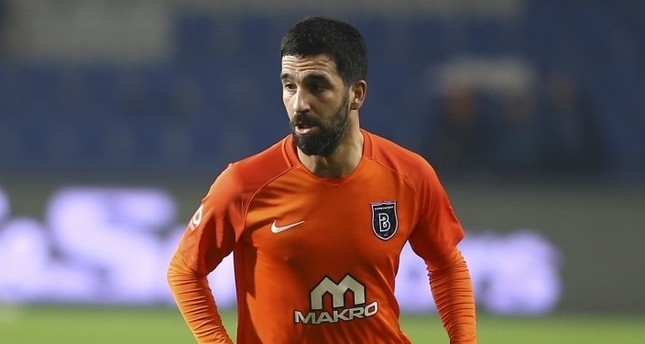 A prosecutor in Istanbul's Beşiktaş district issued an arrest warrant late Thursday for Turkish footballer Arda Turan over charges of willful and malicious injury and threatening with a gun in a spat with pop singer Berkay.

Turan was taken to the Beşiktaş police headquarters and left after three hours of interrogation.

Earlier this week, Turan attacked Berkay at an Istanbul nightclub and broke his nose, according to a Habertürk report.

Troublemaker Turan in May was fined $9,200 and banned for a record 16 matches after attacking an assistant referee during a Turkish Super League match.

The Medipol Başakşehir midfielder was referred to the PFDK for charges of actions against sportsmanship, insulting and threatening in the match against Sivasspor on May 8.