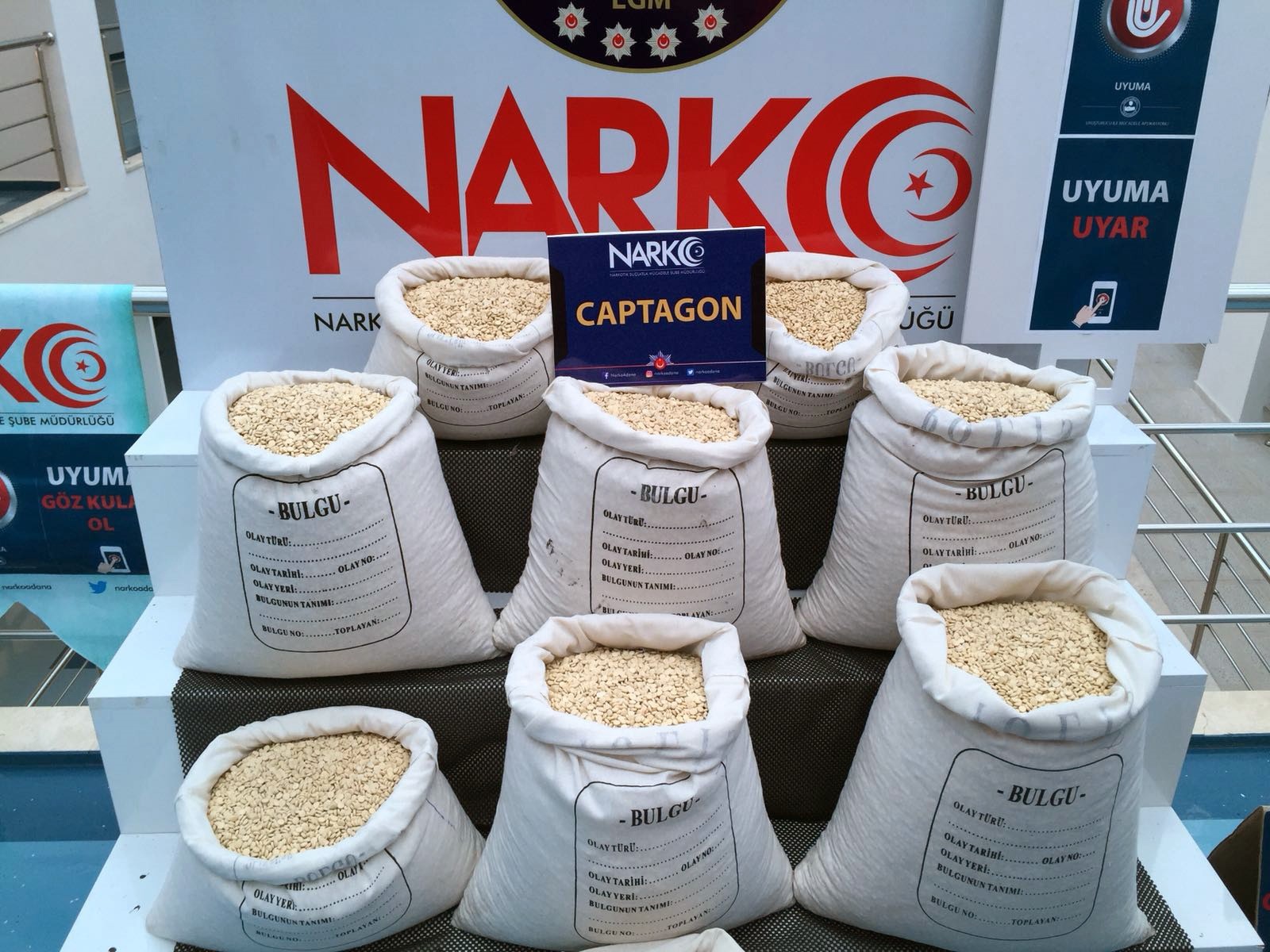 Police displayed the captured pills for the press yesterday.
by daily sabah
Oct 12, 2018 12:00 am

Narcotics police in the southern province of Adana discovered 965,000 Captagon pills that were going to be smuggled into Saudi Arabia.

The pills were found in the cargo warehouse of Şakirpaşa Airport shortly before they were to be loaded on a cargo plane. No suspects were detained so far but authorities announced an investigation is underway to find "international connections."

The seizure came after a tip-off to police who stormed the warehouse with k-9 units. The police dogs detected drugs hidden in boxes of water filters destined for Saudi Arabia.

Adana police Chief Selami Yıldız said this is the second time they intercepted drug shipments to Saudi Arabia, noting that more than 2.7 million pills - also hidden in boxes of water filters and pistons - were seized in previous operations.

Saudi Arabia is one of the main markets for the drug, where they are commonly seized. According to a Reuters report, experts estimate that some 40 percent of drug users between the age of 12 and 22 in Saudi Arabia are addicted to Captagon, a pill commonly seized in operations in Turkey. In March, Istanbul police seized 320,000 Captagon pills bound for Saudi Arabia. Captagon, a synthetic drug made from amphetamine fenethylline, is cheap to produce, and its composition includes widely available legal substances.

Turkey is a transit route for drug smuggling as a crossroad between Europe and Asia. The United Nations Office on Drugs and Crime says the Balkan route that traverses Iran, Turkey, Greece and Bulgaria across southeastern Europe to the western European market is the main heroin trafficking corridor. Smugglers, often working for terrorist groups or aided by them, mostly use ships and trucks for transporting drugs to and from Turkey.