Istanbul prosecutor asks for 12.5 years for Turan, 2 years for Berkay over nightclub bout 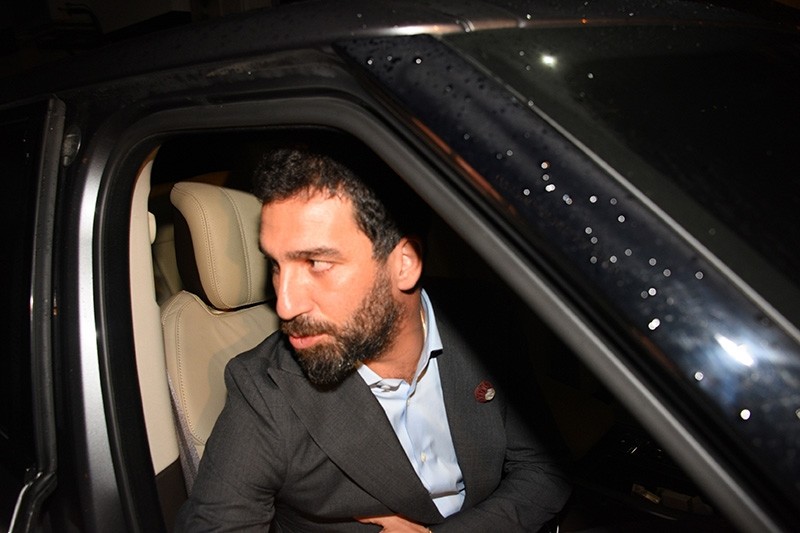 Arda Turan seen in Etiler, Istanbul after giving his statement to the police about the incident with Berkay. (Sabah Photo)
by Daily Sabah Oct 15, 2018 12:00 am

The Istanbul Chief Public Prosecutor's Office on Monday prepared an indictment asking for 12.5 years in prison for Turkish footballer Arda Turan on multiple charges, and two years for pop singer Berkay after a high-profile spat.

Turan attacked Berkay last week at an Istanbul nightclub and broke his nose. He then confronted the pop singer at the hospital where he was taken for surgery, clutching a gun and begging to be forgiven.

The prosecutor's office charged Turan with sexual harassment, possession of unlicensed weapons, deliberately endangering general security and deliberate wounding. Berkay was also charged with defamation, while threat charges against him were dropped.

The court accepted the indictment on Wednesday and set the date of the hearing for Jan. 30.

Berkay's lawyer Ayşegül Mermer on Monday submitted a petition to the prosecutor's office for Turan's arrest over the incident.

Last Thursday, Turan was taken to the Beşiktaş police headquarters but left after three hours of interrogation.

In his most recent statement, Berkay apologized to his own wife and Turan's wife Aslıhan Doğan for the events and said: "I have full confidence in justice. Arda Turan will serve his sentence."

According to the initial report by Habertürk, Berkay was with his wife, Özlem Ada Şahin, at an establishment in upscale Emirgan neighborhood early last week when the incident happened.

Şahin said Turan told her he would have liked to make a move on her if he were not married to Doğan.

The Medipol Başakşehir midfielder has a history of stirring up trouble, most recently garnering a $9,200 fine and 16-match ban after attacking an assistant referee during a Turkish Super League match.