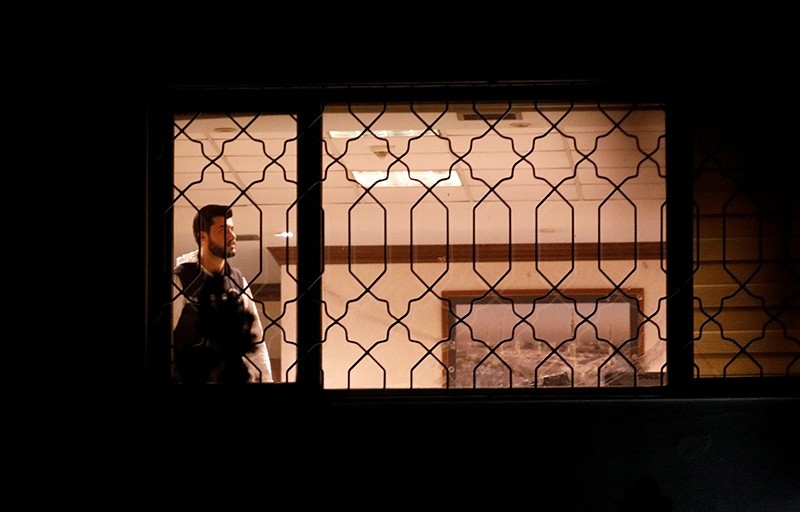 The timing of the search was not immediately made clear.

President Recep Tayyip Erdoğan said Tuesday that the search at the Saudi consulate in Istanbul would also continue. He said investigators are looking into toxic chemicals that may have been involved in Khashoggi's disappearance.

Erdoğan told reporters he hoped a reasonable opinion would be reached as soon as possible in the investigation.

Turkey may ask for the testimony of officials at the Saudi consulate in Istanbul if needed, Foreign Minister Çavuşoğlu said Tuesday. He said the investigation over Khashoggi's disappearance is continuing Tuesday with a search of the Saudi consul's residence and vehicles.

Çavuşoğlu said no restrictions had been placed on travel for Saudi diplomats in Turkey.

The Saudi and Turkish investigator teams, as well as the Turkish prosecutor, were seen leaving the Saudi consulate in Istanbul early Tuesday morning after a nine-hour search of the building.

A team of around 10 Turkish police investigators left first, followed by the Turkish prosecutor, a Reuters witness said Tuesday.

They took samples with them, including soil from the consulate garden that was loaded into vans, one official at the scene said.

The Saudi team left after the Turkish investigators.

An acting chief prosecutor and a public prosecutor were assigned by Istanbul Chief Public Prosecutor's Office to carry out the probe at the consulate.

Also, specialists from anti-terror branch and crime scene investigation units of Istanbul Provincial Security Directorate are included in the team.

On Monday, a Turkish diplomatic source had said a joint Turkish-Saudi team would search the consulate, the last place where Khashoggi was seen before he vanished on Oct. 2.

Presidential aide Ibrahim Kalın announced last week that a joint team would be formed to investigate the disappearance of Khashoggi upon the kingdom's request.

The 58-year-old journalist and Washington Post contributor has been missing since he entered the Saudi consulate to gather documents for marriage last week. His fiancee, friends and Turkish authorities have said he did not leave the building.

Several Turkish officials have voiced concerns that he was murdered in the consulate.

Saudi officials and consulate workers denied murder allegations and claimed that Khashoggi left the consulate, but have failed to provide any evidence of his exit from the facility.