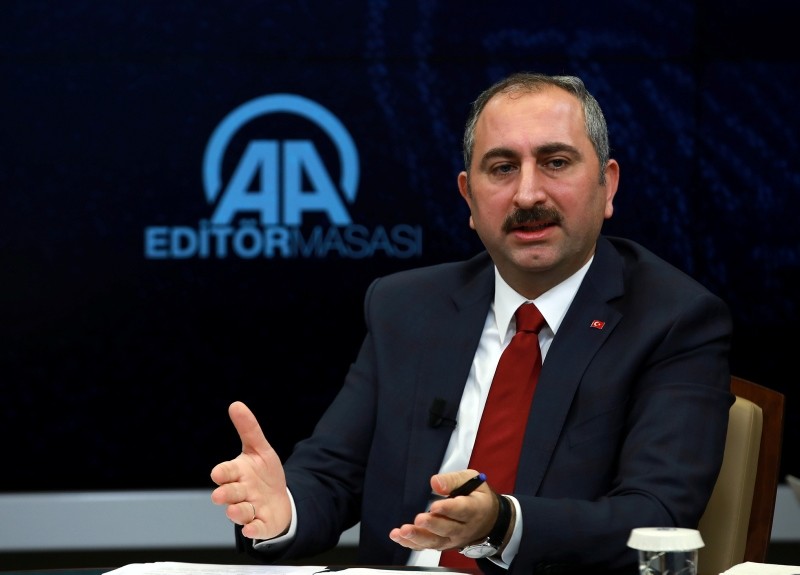 Justice Minister Abdulhamit Gül said on Thursday that the case of missing Saudi journalist is being "thoroughly" investigated and results should "come out soon," Anadolu Agency reported.

Interviewed at Anadolu Agency's Editors' Desk in Ankara, Gül said Turkish prosecutors are investigating the issue "deeply, successfully and in every step of the way."

The Istanbul prosecutors' office will reveal the truth behind the disappearance of Khashoggi, Gül said, adding that "whatever the international law requires will be done."

Officials from a joint Turkish-Saudi team completed an investigation into the case early Thursday after searching the Saudi consul general's official residence as well as the Saudi consulate building in Istanbul.

The Turkish team concluded its search for evidence in nine hours and left but returned to the Saudi consulate to continue searching the premises.

"The Turkish judiciary did not make its decision under any influence, under any orders," he said. "This person is not acquitted, the court's verdict was conviction."

Gül said Brunson's judicial control and travel ban orders were lifted in accordance with the verdict.

After being transferred this July from jail to house arrest, on Friday Brunson was sentenced to just over three years in prison, but released due to time served and his good behavior in custody.

The charges against him included spying for both FETÖ and the PKK, a group recognized as terrorist by the U.S. and EU, and which is responsible for some 40,000 deaths in Turkey, including women and children.

The justice minister also gave out some statistics about members of terror groups in the country's jails.