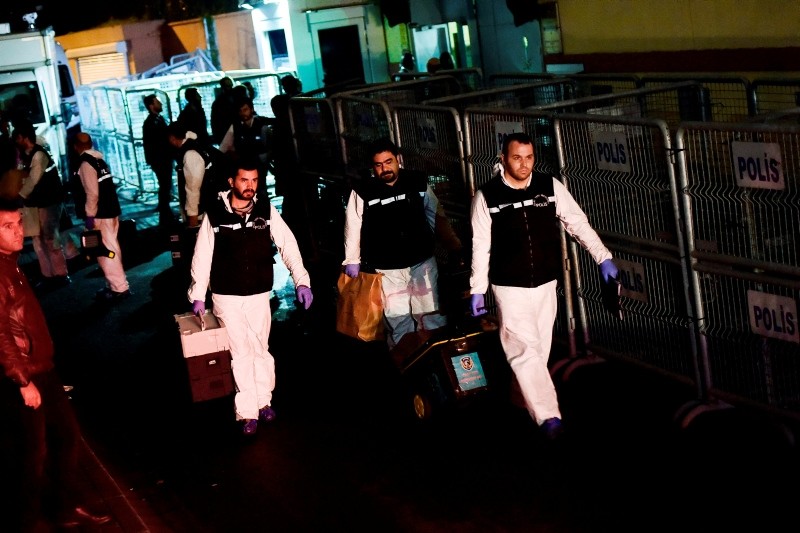 The Turkish-Saudi joint search into the disappearance of prominent journalist Jamal Khashoggi was completed Thursday.

All officials from the joint investigation team have left the area after searching the Saudi consul general's official residence as well as the Saudi consulate building in Istanbul, according to an Anadolu Agency correspondent at the scene.

The Turkish team concluded its search for evidence in nine hours and left but returned to the Saudi consulate to continue searching the premises.

Earlier in the day, a group of Saudi officials arrived at the Saudi consul general's residence to take part in the joint probe with Turkish investigators into Khashoggi's disappearance.