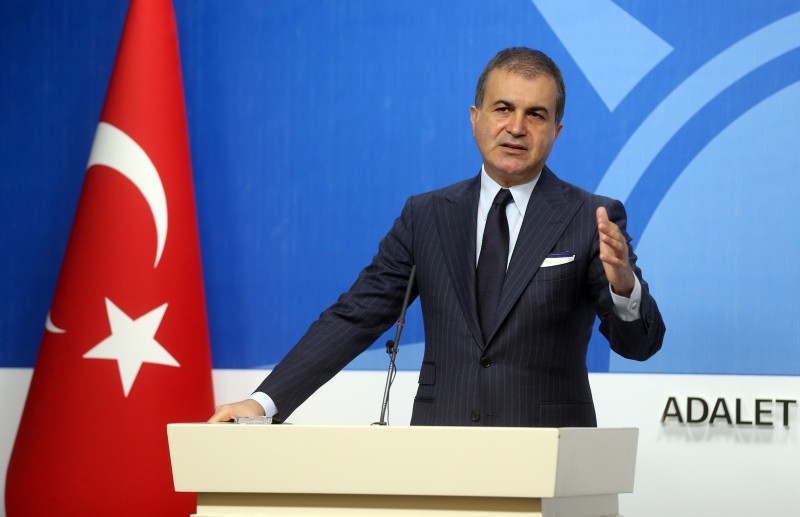 Speaking to reporters in Ankara, Çelik said the suspects took great effort to cover up the journalist's death.

"Hopefully everything will be uncovered and those responsible will be punished so no one will dare to think such things again," Çelik said.

Çelik also said claims of negotiations between Turkey and Saudi Arabia as part of the investigation into Khashoggi's killing were unethical, adding it was Turkey's responsibility to uncover the truth about the case.

Khashoggi went missing on Oct. 2 when he entered the consulate in Istanbul. After weeks of denying knowledge of his fate, Saudi officials said Saturday the prominent journalist was killed in a "rogue operation."

President Recep Tayyip Erdoğan said Sunday he would reveal the "truth" about the Khashoggi case on Tuesday while Turkish officials vowed to pursue the case after Saudi Arabia's admission of guilt.

On Saturday, after weeks of denying any involvement in Khashoggi's disappearance, Saudi Arabia said the 59-year-old died in a fistfight at the consulate. The crisis has shaken Western confidence in the world's top oil exporter and its de facto ruler, Crown Prince Mohammed bin Salman.

Turkish newspapers have released information detailing a 15-member team that purportedly arrived in Istanbul to confront Khashoggi at the consulate.

"Why did these 15 people come here (to Istanbul), why were 18 people arrested (in Saudi Arabia)? These need to be explained in detail," Erdoğan said.

Reflecting the intensifying international skepticism over its account, a senior Saudi government official has laid out a new version that in key respects contradicts previous explanations.

The latest account includes details on how the team of 15 Saudi nationals sent to confront Khashoggi had threatened him with being drugged and kidnapped and then killed him in a chokehold when he resisted. A member of the team then dressed in Khashoggi's clothes to make it appear as if he had left the consulate.