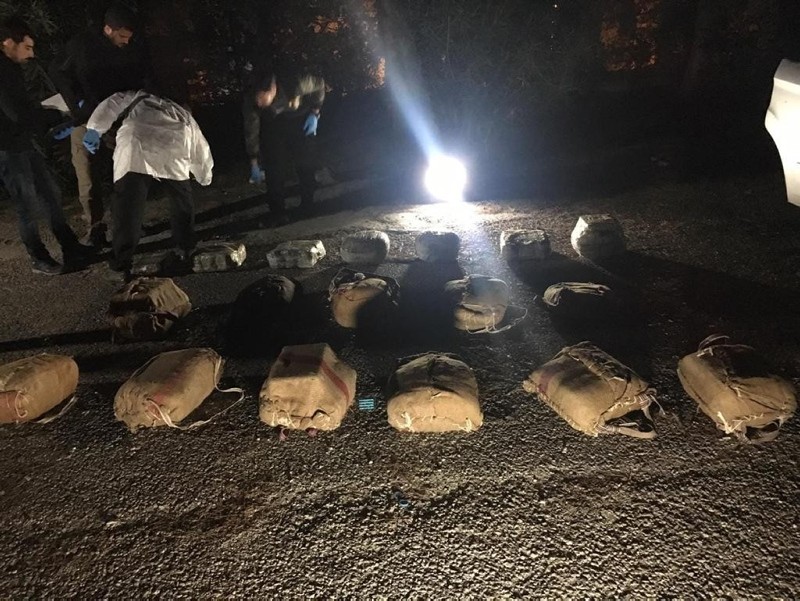 The explosives were supposed to be used in 32 separate bomb attacks, Yaman told the press Thursday.

According to the official, the explosives were ready for attacks in metropolitan areas.

The police also detained five terrorists who were in an explosives-stuffed vehicle.

The statement said police forces found the vehicle on Ceylanpınar-Kiziltepe highway at around 7.30 p.m. local time (0430 GMT) on Wednesday.

The operation was carried out in the city after it was learned that large amounts of explosive materials were illegally brought by the PKK terror group and its Syrian affiliates the Democratic Union Party (PYD) and its armed wing the People's Protection Units (YPG) from Syria and they would be transferred to other Turkish provinces for bombing activities.

The explosive material seized in the vehicle was identified as pentaerythritol tetranitrate, also known as PETN, the statement noted.

A comprehensive investigation into the matter was launched by Mardin Chief Public Prosecutor's Office, the governor said.

Meanwhile, a PKK terrorist known to have trained as a suicide bomber was captured in southeastern Gaziantep province yesterday. The person in question — identified by the initials H.M. — received "suicide bomber" lessons in Syria's northern Tell Abyad province and entered Turkey illegally.

The PKK, listed as a terrorist group by the United States, Turkey and the EU, has carried out bloody attacks against Turkey for nearly four decades, causing the deaths of about 40,000 people.