Over 3,000 reinstated to their jobs by emergency rule commission 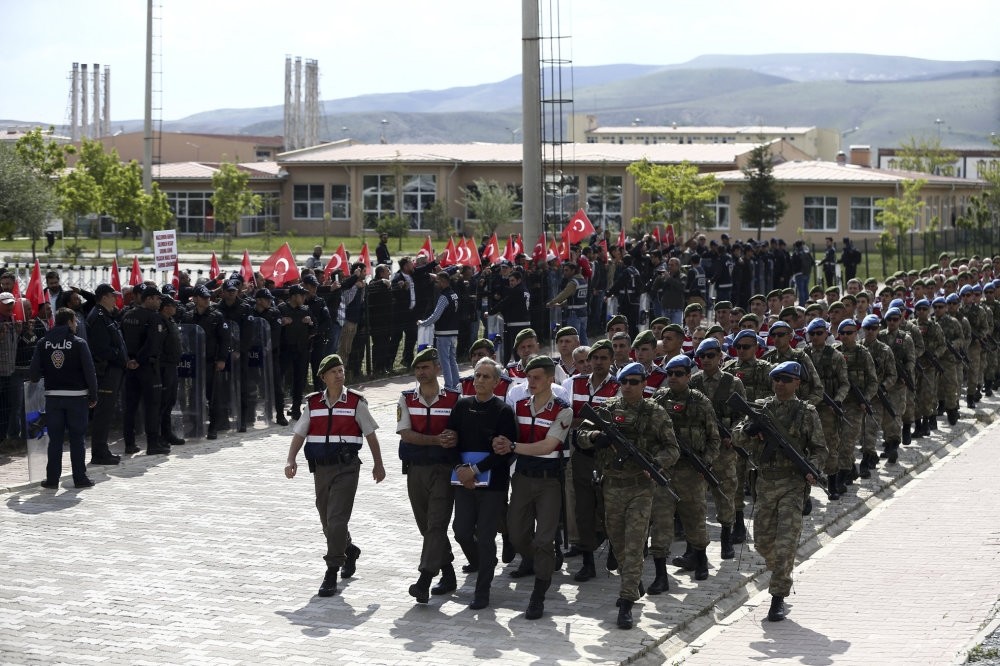 Since it became operational last December, the emergency rule commission reinstated 3,000 people to their jobs while rejecting 39,000 applications

The commission established to review the governmental decrees issued as part of the fight against terrorist groups, including the Gülenist Terror Group (FETÖ) and the PKK, after the failed July 15, 2016 coup said Friday that 3,000 people had returned to their jobs. The State of Emergency Actions Assessment Commission was established to examine the executive decisions made by the government through decrees during the emergency rule instituted after the coup attempt.Governmental decrees fired people linked to terrorist groups, and the commission was set up to review objections raised by those who lost their jobs, state scholarships or promotions.

The commission, which has 80 rapporteurs and a total of 250 personnel, receives applications both by hand and via the internet and assesses the applications by examining court findings, state archives and other relevant resources. Through decrees, 125,678 civil servants lost their jobs.

It was reported that as of Friday, Nov. 9, the commission had received 125,000 applications, with it concluding 42,000 since it started the review process on Dec. 22, 2017. Three thousand people have been allowed to return to their jobs, while the commission rejected 39,000 applications. The number of applications reviewed per week is said to be around 1,200. Rejected applicants have the right to appeal within 60 days.

The coup attempt was led by military officers linked to FETÖ, which had expanded its clout in Turkey over the past three decades. It is known for its wide network of infiltrators in law enforcement, the military, judiciary and bureaucracy. Through its infiltrators in the police and judiciary, it first tried to topple the government in 2013 by implicating people close to the government in an anti-graft probe with trumped-up evidence and false charges. Then, on July 15, 2016, weeks before a council would decide on the fate of FETÖ-linked officers, it tried to seize power with its infiltrators in the military.

An unprecedented public resistance helped anti-coup police and troops fight back, but the putschists killed 250 people and wounded thousands of others in nationwide attacks - from the bombing of the presidential complex to assault on a group of unarmed civilians who had gathered on an Istanbul bridge to confront the putschists in the area.

Since the coup attempt was quelled, Turkey has detained tens of thousands linked to the attempt and hundreds are on trial for their direct involvement. Most trials are expected to wrap up by the end of this year.

The Justice Ministry recently announced that there were 32,370 people being held and incarcerated in FETÖ cases, with 289 trials directly related to the coup attempt. Some 203 trials have already been concluded. A total of 2,619 people have been found guilty, and 1,760 have been sentenced to life imprisonment in coup trials held across the country so far.