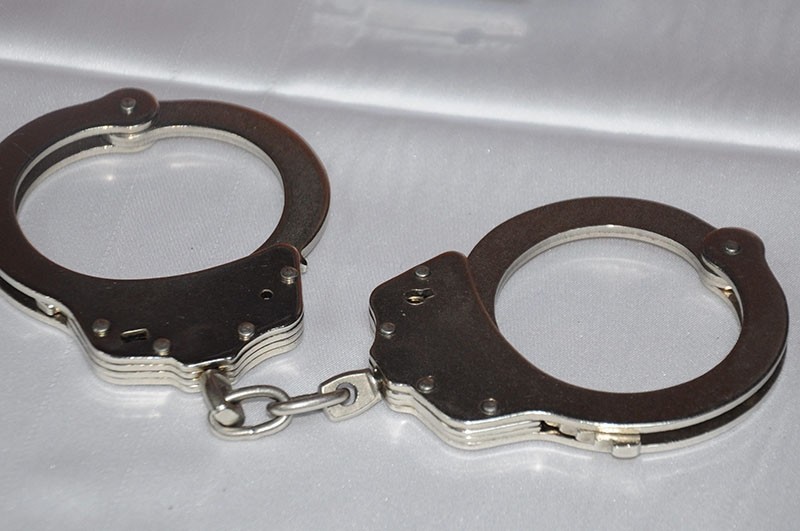 At least 195 suspects including active soldiers and civilians face arrest warrants issued following multiple investigations into FETÖ, the terrorist group behind a failed coup attempt in 2016

The Gülenist Terror Group (FETÖ) faces a new wave of arrests as prosecutors issued warrants for at least 195 suspects. Police raided several locations all across Turkey in separate investigations into FETÖ, including its infiltrators in the army. FETÖ is accused of using its infiltrators in the army to carry out the notorious coup attempt in Turkey on July 15, 2016 that killed 251 people.

In simultaneous operations across 21 provinces, arrest warrants were issued for 50 suspects, including 40 active soldiers and 22 Air Force staff, the Konya Chief Public Prosecutor's Office, which issued the warrants, announced. The operation was launched after an investigation over alleged communication between military members and FETÖ operatives.

Meanwhile, prosecutors in the capital Ankara issued arrest warrants for 92 suspects, including eight active-duty soldiers. Among them, 56 suspects were from the gendarmerie forces and 36 from the naval forces. A total 66 suspects were detained and operations were underway to capture the rest.

Police sources said 28 officers from naval forces and 38 others from gendarmerie forces were detained. Suspects were identified through their contacts with their handlers in FETÖ through payphones. Payphones in busy places is a common way to secretly communicate for FETÖ infiltrators and their handlers alternatively referred to as "brothers" or "imams."

Investigations showed that handlers would call group's infiltrators in the army via payphones and would send them instructions on how to help FETÖ's activities, from joining the coup attempt to giving information about critics of FETÖ in the army

Separately, after Istanbul prosecutors issued arrest warrants for 53 suspects for using ByLock, an encrypted smartphone messaging app used by FETÖ members, 37 of them were rounded up by anti-terror security forces. ByLock, believed to be developed by a FETÖ-linked software engineer, was discovered before the coup attempt but investigations into its use deepened afterward.

Most military officers who participated in the attempt were found users of ByLock. Investigators are still sifting through millions of messages intercepted by Turkish intelligence to detect more users of ByLock. The group's leader Fetullah Gülen is known for relaying his messages to followers all around the world through the secretive app, which is one of many used by Gülenists.

FETÖ, which expanded its clout in Turkey over the past three decades, is known for its wide network of infiltrators in Turkey's law enforcement, military, judiciary and bureaucracy. With its police and judiciary infiltrators, it first tried to topple the government in 2013 by implicating people close to the government in an anti-graft probe with trumped-up evidence and false charges.

Then, on July 15, 2016, weeks before a military council would decide on the fate of FETÖ-linked officers, it tried to seize power again, causing the death of 251 people and wounded thousands of others. Casualties include police officers and military officers opposing the coup attempt and civilians. The attempt came one month before a planned purge of suspected FETÖ infiltrators in the military.

Since the coup attempt was quelled, thousands of people have been detained or arrested for their FETÖ links and actively participating in the coup attempt. Coup trials that started in late 2016 are still underway. A total of 2,724 defendants were handed prison sentences in 220 concluded trials, and 1,809 of them were sentenced to life. A total of 831 among them received aggravated life imprisonment, which means they will not be eligible for parole. Most of the remaining 69 trials are expected to be concluded by the end of this year.

In related news, a court in the southern city of Antalya handed down a 10-year prison sentence to a FETÖ member accused of running the group's network in South America. Mehmet Işıtan had been heading a bogus charity in Peru, which was run by FETÖ, before his arrest earlier this year.