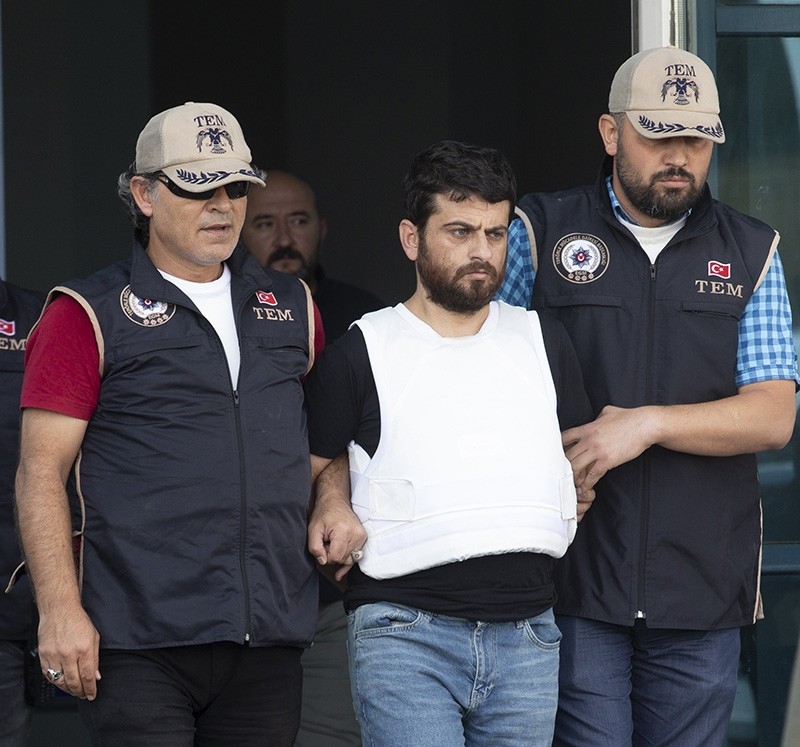 The prosecutor asked the court to hand Nazik a 53-times aggravated jail term on charges of "destroying the state's unity and integrity" and "killing intentionally" 52 people, including five children, according to sources who asked not to be named, due to restrictions on speaking to the media.

Those injured in the attack and relatives of the victims also attended the hearing at 9th Heavy Criminal Court in capital Ankara, where the attorney of the plotter Nazik was not present.

During the hearing, Ahmet Tuna, father of a victim, asked Nazik to tell who provided financial support for him during the past five years after the attack and who helped him to cross to Syria from Turkey in the wake of the attack.

The hearing was postponed to Feb. 14 as Nazik's attorney did not take part in the hearing.

Nazik was brought from Syria's port city of Latakia, a stronghold of the Bashar Assad regime, to Turkey by the National Intelligence Agency (MİT) agents on Sept. 12 and was sent to an Ankara court under strict safety measures.

Nazik was listed in the "blue" category of Turkey's most wanted terrorists list. According to his confession, he was given up-to-the-minute intelligence from Syrian intelligence units and scouted the crime scene prior to the attack, then moved explosives from Syria to Turkey.

Nazik previously said that he obtained two vehicles to move the explosives.

Reportedly, the Assad regime did not only help Nazik during the Reyhanlı attack but it also helped him with daily life in Latakia afterward.

In addition to casualties, the attack devastated the district, damaging 912 houses, 891 businesses and 148 vehicles.