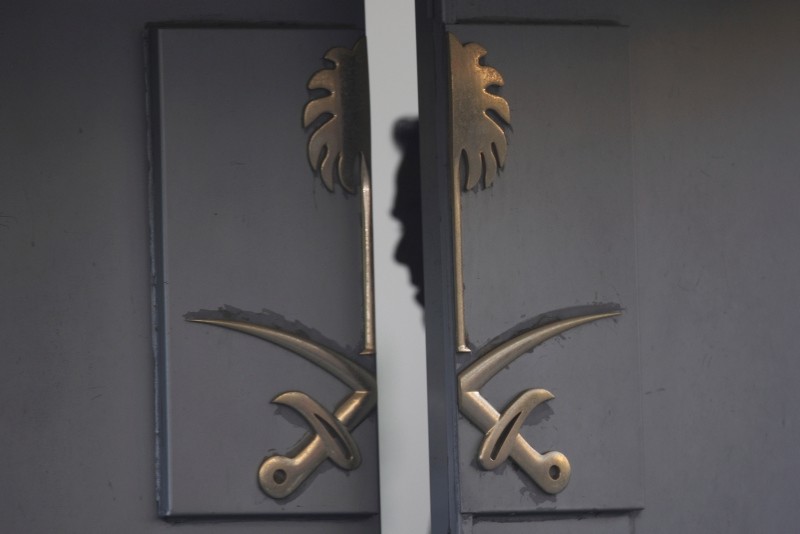 Reuters reported earlier on Wednesday that the Istanbul Chief Prosecutor's Office had applied to court seeking arrest warrants for Asiri and al-Qahtani, two figures close to Saudi Arabia's de facto ruler Crown Prince Mohammed bin Salman, believing there is strong suspicion that they were among the planners of the murder, according to two senior Turkish officials.

The officials also said that Saudi Arabia could address international concern by extraditing all suspects in the murder to Turkey.

"The prosecution's move to issue arrest warrants for Asiri and al-Qahtani reflects the view that Saudi authorities won't take formal action against those individuals," one of the Turkish officials said.

Khashoggi was killed in the kingdom's Istanbul consulate on Oct. 2 by a team of 15 people consisting of Saudi officials who arrived in Turkey for his murder and a cover-up operation, including dismembering Khashoggi's body. All of the identified individuals have since left Turkey.

Saudi authorities launched an investigation against 21 people including Asiri and al-Qahtani over the murder, detaining some of the suspects and seeking death penalty for five.

"We asked for information on investigations in Saudi Arabia but couldn't get it. We share information but Saudi Arabia should also be transparent. Instead, we see conflicting remarks. On the other hand, [Khashoggi's] body still missing," Çavuşoğlu said.

United Nations human rights chief Michelle Bachelet said on Wednesday that an international investigation was needed to determine who was responsible for the murder of Saudi journalist Jamal Khashoggi in October.

Senior U.S. senators said on Tuesday they were more certain than ever that Saudi Arabia's crown prince, Mohammed bin Salman, was responsible for the killing of Khashoggi after receiving a CIA briefing on the matter.

Bachelet, asked at news conference in Geneva about the need for an international inquiry, replied: "I do believe it is really needed in terms of ensuring what really happened and who are the (people) responsible for that awful killing."