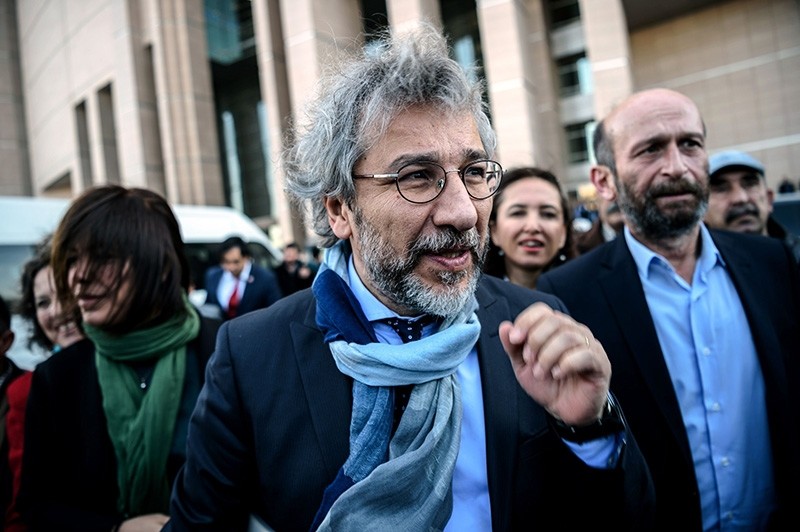 An Istanbul court issued an arrest warrant on Wednesday for a fugitive sought by Turkey since 2016 currently living in Germany.

Issued on charges of incitement during the 2013 Gezi Park protests in Istanbul, the warrant calls for the arrest of Can Dündar, the former editor-in-chief of Turkish daily Cumhuriyet.

Dündar is charged with attempting to incite and manipulate the public and embolden terror groups' members against law enforcement trying to defuse the situation, as well as acting as an agent provocateur during the protests.

In the summer of 2013, a relatively small demonstration in Istanbul's Gezi Park grew into a nationwide wave of protests against the government that left eight protesters and a police officer dead.

The government later said the demonstrations were an attempt to overthrow it by Gülenist Terror Group (FETÖ) members who had infiltrated the police and courts.

Turkey also accuses FETÖ of a long-running campaign to overthrow the state through the infiltration of Turkish institutions, particularly the military, police, and judiciary.

In May 2016, the 14th High Criminal Court in Istanbul convicted Dündar following the publication of images purporting to show arms being transported to Syria in trucks belonging to Turkey's National Intelligence Organization, also known as the MİT.

Dundar was arrested in late November 2015 and held in prison until February 2016, when Turkey's Constitutional Court ruled that his rights had been violated and ordered his release.

Turkey's Supreme Court of Appeals ruled on March 9 that Dündar should be convicted and handed a sentence of 15 to 20 years in jail on charges of espionage.