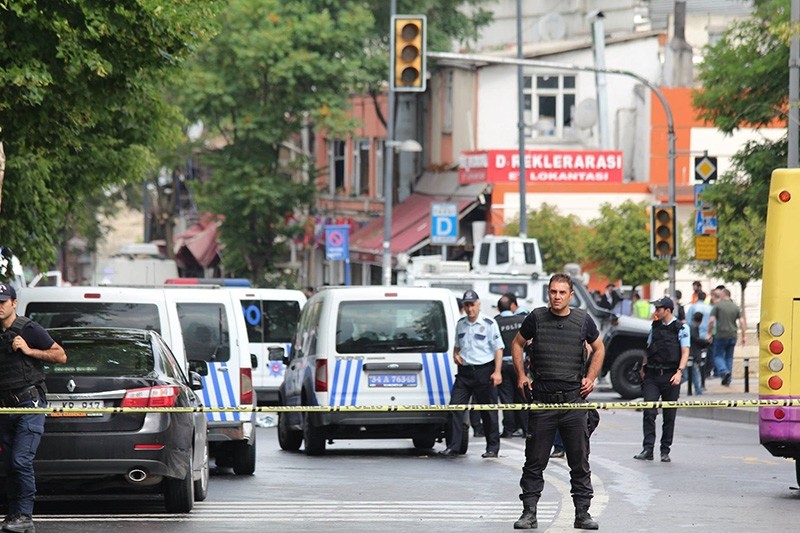 A Turkish court Friday ordered red notices to be issued for the arrest of 12 wanted suspects -- including three senior PKK terrorists -- in the trial of a 2016 terror attack in central Istanbul.

The 27th Heavy Penal Court in Istanbul ordered the suspects — including senior PKK terrorists Murat Karayılan, Cemil Bayık and Duran Kalkan — to be sought with arrest warrants in the case of the 2016 terror bombing in the Vezneciler neighborhood of Turkey's largest metropolis.

The court ruled that the eight suspects that are already behind bars remand in custody pending trial, rejecting a previous request for their release.

The attack in question was carried out on June 7, 2016, on two riot police transports, killing 12 people, including six police officers.

Prosecutors are seeking various jail terms -- including aggravated life sentences -- for 21 suspects on numerous charges such as harming the integrity of the state, deliberate murder by bomb and terror organization leadership.

The hearing was deferred at a later date.

In its more than 30-year terror campaign against Turkey, the PKK — listed as a terrorist organization by Turkey, the U.S. and the EU — has been responsible for the deaths of nearly 40,000 people.