34 sentenced to life for Istanbul leg of FETÖ's coup attempt 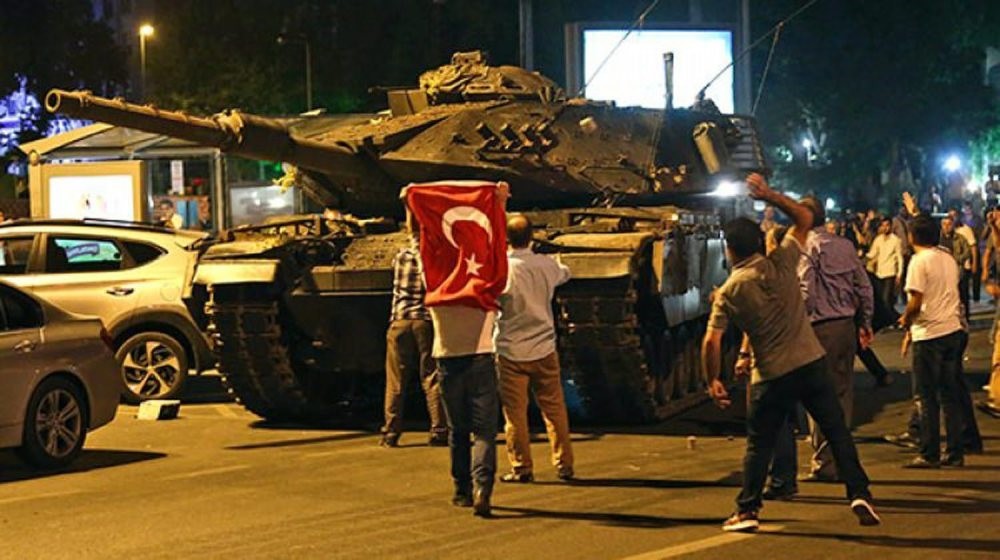 A court in Istanbul handed down aggravated life sentences to 26 people and life sentences for eight others in a trial on the July 15, 2016 coup attempt blamed on the Gülenist Terror Group (FETÖ).

Defendants in yesterday's hearing were military officers, cadets and conscripts who were involved in the takeover of a police station in Istanbul's Çengelköy district and attacks on civilians who took to the streets to confront the putschists.

A total of 114 defendants were on trial for the incidents in Çengelköy, at a nearby military school and in two other districts of Istanbul that killed eight people. The court acquitted 57 conscripts and seven cadets of any wrongdoing, ruling that they were not involved in killings and were forced to obey the orders of their superiors during the coup attempt. Fourteen police officers who collaborated with putschists were also handed down prison terms of up to 12 years.

Çengelköy was one of the iconic sites of resistance against the coup attempt and was one of the first places the putschists invaded. Neighborhood residents were mobilized against the putschist soldiers who were planning to head to a major bridge connecting Istanbul's two sides if they succeeded. Some victims were caught in the crossfire, while others like Mustafa Cambaz and Halil Kantarcı were killed while trying to stop the soldiers.

Cambaz, a journalist for Yeni Şafak daily and a resident of Çengelköy, was among a group of civilians who tried to protect the neighborhood's police station from invasion by the putschists. He was killed by two bullets that hit him in the chest. Halil Kantarcı, who was imprisoned when he was a 15-year-old boy in another coup about two decades ago, also joined a group who confronted soldiers leaving Kuleli military school, when he was shot to death.

The coup attempt killed 251 people across Turkey and injured thousands of others. Casualties included police officers and military officers opposing the coup attempt and civilians. The attempt came one month before a planned purge of suspected FETÖ infiltrators in the military and was the bloodiest attempt to overthrow the government by the terrorist group, which used its infiltrators in police and judiciary in 2013 in an attempt to seize power in two coup bids.

Since the coup attempt was quelled, thousands of people have been detained or arrested for FETÖ links and actively participating in the coup attempt. Coup trials that started in late 2016 are still underway.

More than 3,800 defendants are on trial in 13 cities in more than 40 trials on the coup attempt and other wrongdoings of the terrorist group that emerged as a threat to reckon with in the past five years.

In September, Justice Minister Abdülhamit Gül announced that they expected most trials concerning the attempt to wrap up by the end of the year, describing the process as "a success for the Turkish judiciary" thanks to its "swiftness." Still, crackdowns on FETÖ's infiltrators in the military still continue, with dozens being detained or arrested on a weekly basis.