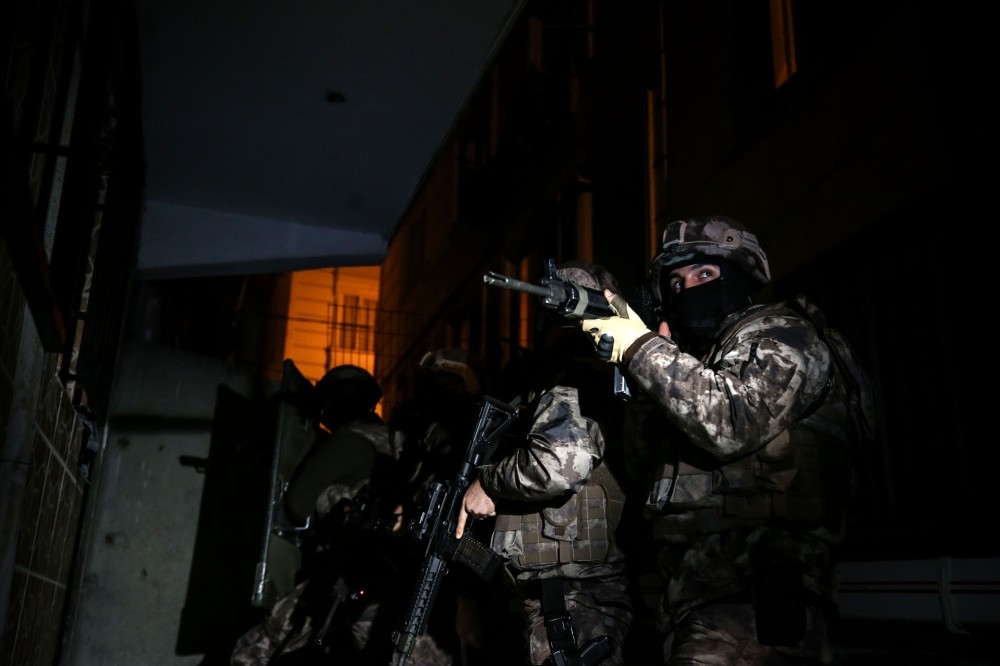 Narcotics and elite Special Operations Units in Istanbul raided more than 30 locations across the city Tuesday morning. Forty suspects were captured in the operations, most of them were dealers linked to a large haul of ecstasy pills seized by Turkish police on the Serbian-Bulgarian border.

Approximately 500,000 pills were confiscated on Monday when Turkish police, in cooperation with their Bulgarian and Serbian counterparts, raided a truck carrying furniture to Turkey from the Netherlands. A large cache of drugs was discovered in the operations in Istanbul's Esenyurt and Beylikdüzü district.

Media outlets reported that ecstasy pills were to be delivered to the dealers, many of whom have been arrested, if the truck was not caught.

A transit country for drug smuggling, which also fights against drug use, especially among the youth, Turkey has stepped up its anti-narcotics efforts in recent years.

On Dec. 5, Turkish police made their largest-ever heroin bust of 1.2 tons when they stopped a truck on the Erzurum-Erzincan highway in eastern Turkey. The Interior Ministry recently announced that security forces carried out more than 134,000 narcotics operations this year and captured nearly 80 tons of cannabis, 19.6 million Captagon pills and 7.8 million ecstasy pills, along with more than 15.9 tons of heroin.

The country is blaming terrorist groups for the flourishing the drug trade, especially the PKK, which is accused of smuggling drugs to and from Europe as well as the cultivation of cannabis in southeastern Turkey as a way to fund its illegal activities.

Turkish authorities say the Netherlands is one of the European countries from which drugs are smuggled to Turkey, though Afghanistan dominates drug smuggling into Europe and Turkey. Turkey is the ultimate destination for chemical drugs from the Netherlands and other European countries. Ecstasy, amphetamines and prescription drugs were among the commonly seized drugs arriving from Europe.