Closure nears for trials involving FETÖ and its 2016 coup attempt 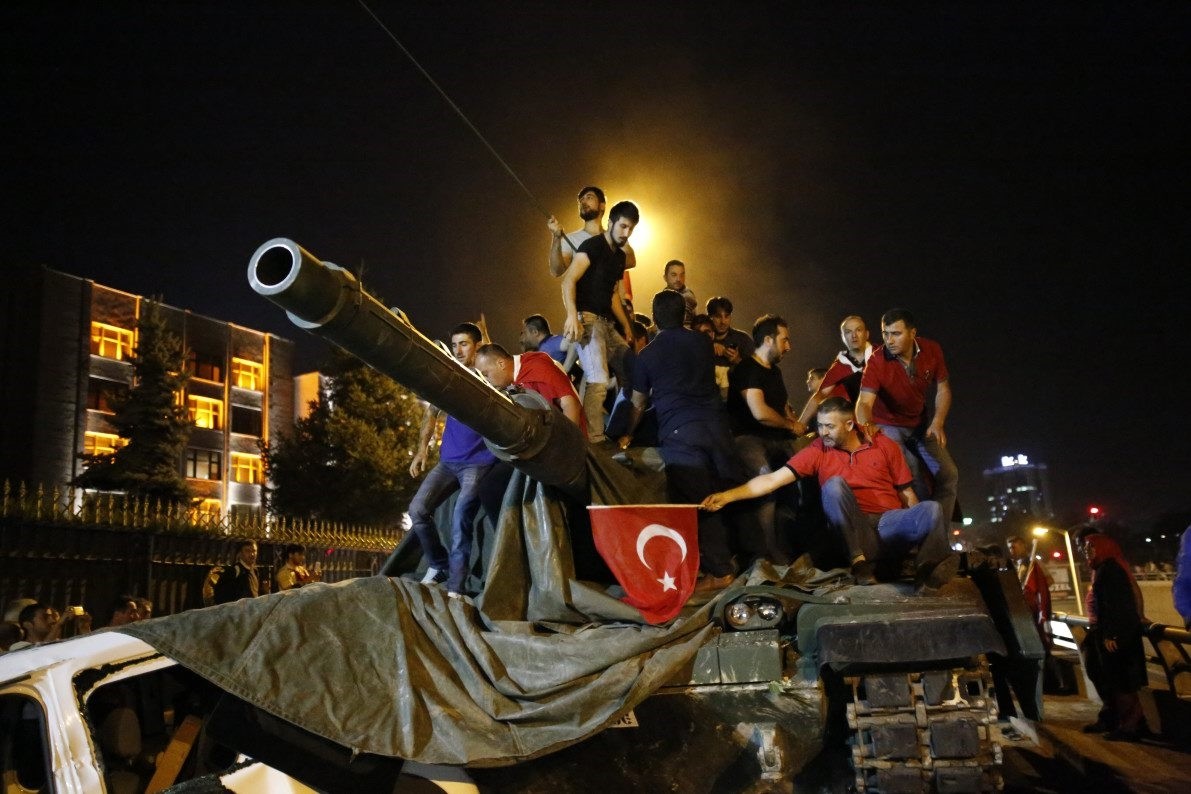 2018 saw the conclusion of most trials on the FETÖ terrorist group's 2016 coup attempt and its other wrongdoings. Yet, some key trials where hundreds are on the dock are still underway, with the judiciary working to finish all of them by the end of 2019

More than two years have passed since the Gülenist Terror Group (FETÖ) sought to seize power in an unprecedented coup attempt that killed 251 people. Boosting its manpower and increasing the capacity of courtrooms, Turkey has sought swift justice in the trials related to the attempt. Yet, the main trials remain inconclusive as 2018 ends and a new year begins.

In 239 out of 289 trials, 3,057 defendants were sentenced, including 1,934 who were imprisoned for life for their role in the attempt. Furthermore, 956 among them were sentenced to aggravated life imprisonment. Another 1,123 defendants were handed down prison terms between one and 20 years in trials throughout the year.The majority of defendants are military officers while most conscripts and lower-ranking officers were acquitted by the courts.

Among the prominent trials concluded this year was the "main coup trial" in Istanbul where 12 military officers were sentenced to aggravated life imprisonment in April. The defendants were charged with killing 87 people across Istanbul during the coup attempt and handed down 87 instances of life imprisonment for their crimes.

On May 31, defendants were sentenced to life and aggravated life imprisonment for their role in the takeover of the Istanbul offices of public broadcaster TRT, the killing of three people opposing their attempt and their attempt to takeover Taksim Square.

In July, another Istanbul court handed down aggravated life sentences to 72 former military officers for the slaying of 34 people on Istanbul's Bosporus Bridge, which connects Istanbul's Asian and European sides.

Following the coup attempt, the bridge was renamed the July 15 Martyrs' Bridge. The defendants had captured the bridge on the evening of July 15. They killed 34 people, including two police officers who confronted them and tried to convince them to lay down arms. The iconic image of soldiers standing their ground on the bridge that night was one of the first signs of the coup attempt for millions watching live on TV across Turkey. Seven coup plotters on the bridge were also killed in a shootout with security forces, while the bridge was completely liberated from putschists in the early hours of July 16.

In Ankara, one of the most prominent trials ended in April with life sentences for 18 defendants. All were putschist troops accused of murdering Ömer Halisdemir, a sergeant posthumously recognized as a national hero for single-handedly killing Gen. Semih Terzi, one of the leaders of the coup attempt. Halisdemir, an aide to Lt. Gen. Zekai Aksakallı, then a major general and former commander of the elite Special Forces of the Turkish military, managed to shoot Terzi dead as the latter arrived - in the company of a military unit - at the Special Forces headquarters in Ankara during the insurrection attempt. Eighteen defendants in the Ankara trial were those accompanying Terzi who intended to capture the headquarters on behalf of the Peace At Home Council of the putschists. The 14th High Criminal Court found the defendants guilty, both of deliberate manslaughter as well as for attempting to destroy the constitutional order. Thirteen defendants were spared from aggravated life imprisonment in the trial that had begun in February 2017.

Halisdemir is probably the most well-known face of the military's resistance against the putschists. The 42-year-old soldier's name has been given to schools, parks and other public places and his name has become one of the most popular names given to boys born after the coup attempt. His modest grave in Niğde, his hometown in central Turkey, has been visited by thousands from all across the country since 2016.

Also in April, another Ankara court handed down life sentences for two generals and 25 other defendants for their role in the takeover of an artillery brigade and a military school during the coup attempt.

Four officers were sentenced to aggravated life imprisonment yesterday for their involvement in sending tanks to capture the Office of Chief of General Staff on July 15, 2016. The office of Chief of General Staff Gen. Hulusi Akar was among the strategic locations that the putschists sought to seize. Akar and other military top brass opposing the coup were abducted and taken to a military base where putschists coordinated attacks. Upon hearing of the coup attempt, the public flocked to the headquarters to prevent its occupation. A separate trial with more than 200 defendants on the takeover of the office is still underway in Ankara.

Three generals were also sentenced to life imprisonment in another case involving the transportation of soldiers from other cities to Ankara to capture the capital. They were also convicted of kidnapping a general who opposed the coup attempt.

Elsewhere, a court in eastern Turkey's Malatya handed down aggravated life imprisonment and life sentences to 16 people, including generals, in another coup case concluded in May. The suspects were deployed at the Second Army Command in the city at the time of the putsch attempt. The most high-profile defendant in the case was Second Army Commander Gen. Adem Huduti. Huduti, who claimed he was not aware of a coup attempt and tried to stop it when he "discovered" the involvement of officers under his command, was sentenced to 15 years in prison for aiding putschists. His aide Gen. Avni Angun was acquitted.

Authorities say FETÖ's infiltrators in the military carried out the coup attempt perpetrated. They were a group of high-ranking military officers that called themselves the "Peace At Home Council."

Ankara says the council, instructed by FETÖ leader Fetullah Gülen, planned the coup attempt during a meeting with Adil Öksüz, the fugitive mastermind of the attempt. Öksüz is a point man for Gülen, who is believed to still control a large number of military infiltrators. Defendants in the coup cases, mostly those caught red-handed, stuck to denial in their hearings, blaming others for their actions on July 15.

Despite being caught on security camera attacking anti-coup military officers, they denied any wrongdoing much to the chagrin of the victims' families following the trials.

Legal experts say that the defendants are seeking to prolong the trials as much they can and FETÖ is trying to keep their jailed followers' hopes high, telling them that they have a chance of being released through messages sent by Gülen, who lives in Pennsylvania in the United States.

FETÖ planted its men and women in every institution - from the army to law enforcement - for decades before it openly declared war against the state with two coup attempts in 2013. Disguised with code names, secretive correspondences and a distinct secular lifestyle worlds away from what FETÖ promoted as religious life, its members easily infiltrated the places they ultimately aimed to take over.

The main trials on the coup attempt are being held in Ankara, and they are notable for the large number of defendants. In the Akıncı air base trial, there are 474 defendants. Its conclusion will mark a closure point for relatives of victims in one of the most significant chapters in the coup attempt. Akıncı, which closed after the coup attempt, served as a command center for the putschists who ordered the launch of airstrikes from the base to strategic locations in Ankara, including Parliament and the presidential complex. It was also at Akıncı that top military brass, including then-Chief of General Staff Hulusi Akar, who opposed the coup attempt, were held hostage. Adil Öksüz and other "civilians" accused of conspiring in the attempt were captured at the base by anti-coup forces.