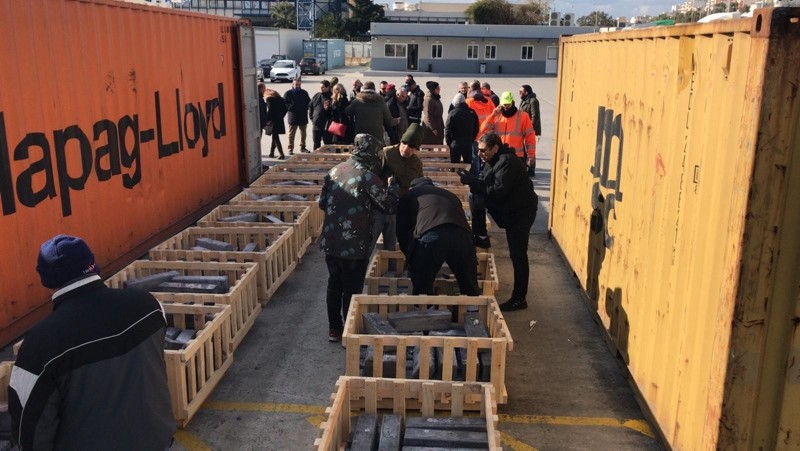 Turkish narcotics police, acting on intelligence that a vessel from Syria carrying drugs was heading for the Greek port of Piraeus in Athens, contacted their Greek counterparts. A Turkish team then accompanied Greek police squads in a raid that netted millions of opiate drugs hidden inside lead blocks in a shipping container.

Turkey's Demirören News Agency reported that the vessel had left the Syrian port of Latakia and its final destination was Dubai. No further details were available about the drug shipment.

This was the second large-scale international narcotics operation in one month by the Turkish police. On Dec. 5, they made their largest-ever narcotics bust abroad in a joint operation with the Bulgarian and Serbian police along the borders of the two countries. They seized some 500,000 ecstasy pills from a truck heading for Turkey.

Also in December, Turkish customs officials seized 1.5 tons of hashish in an anti-drug operation at the Greek border. It was Turkey's largest-ever drug bust at the border in a single operation.

Back in 2015, Turkish security forces helped Italy seize 13 tons of drugs in a vessel sailing along its coast.

Turkey is also fighting a rising case of drug use, especially among youth and has stepped up narcotics efforts in recent years. The Interior Ministry recently announced that security forces carried out more than 134,000 narcotics operations in 2018 and captured nearly 80 tons of cannabis, 19.6 million Captagon pills and 7.8 million ecstasy pills, along with more than 15.9 tons of heroin.

The country blamed terrorist groups, the PKK in particular, for the booming drug trade. The PKK is accused of smuggling drugs to and from Europe as well as the cultivation of cannabis in southeastern Turkey as a way to fund its illegal activities.