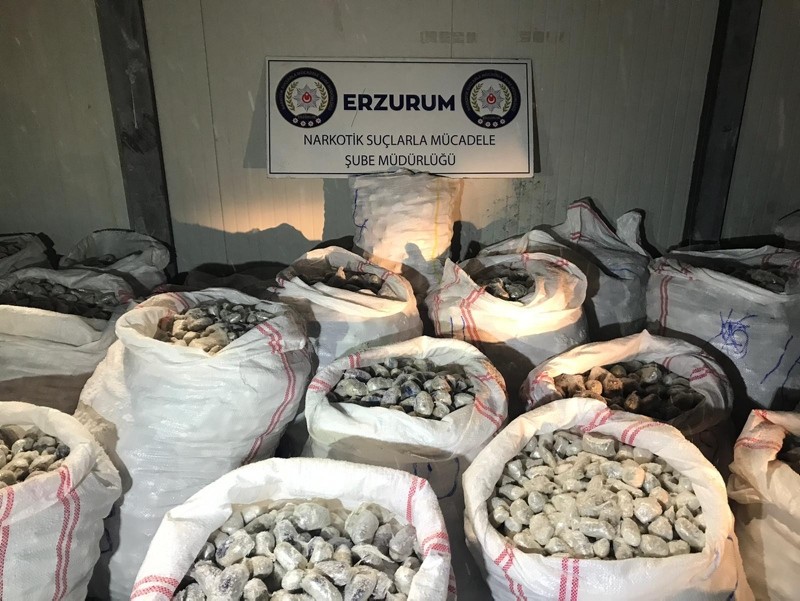 Turkish gendarmerie units achieved a new record in the fight against narcotics with a bust of 1.535 tons of heroin in eastern Turkey's Erzurum province.

The massive amount of the deadly drug was found Wednesday hidden inside a secret compartment of a truck by a narcotics dog after the truck was stopped at a security checkpoint erected on the Erzurum-Erzincan highway in the Aşkale district.

Speaking on Sunday at the Fight With Narcotic Crimes Evaluation Meeting in southern Antalya province, Interior Minister Süleyman Soylu said that the bust was not initially made public as security forces aimed to capture the perpetrators and organizers of this shipment.

Acting on the testimony of the truck driver, the organizer of the shipment was detained and the ringleader of the organized crime gang was also captured at Istanbul's Sabiha Gökçen Airport while trying to escape abroad, Soylu added.

Anadolu Agency reported that another organizer was captured after the bust, pushing the total number of arrests to four.

The record bust came only 48 days after 1.27 tons of heroin were captured at a checkpoint in nearby Akyazı district of Erzincan province again on the Erzurum-Erzincan highway, breaking the record at the time.

Again in December, 1.5 tons of cannabis were nabbed in Ipsala Customs Gate on the border with Greece.