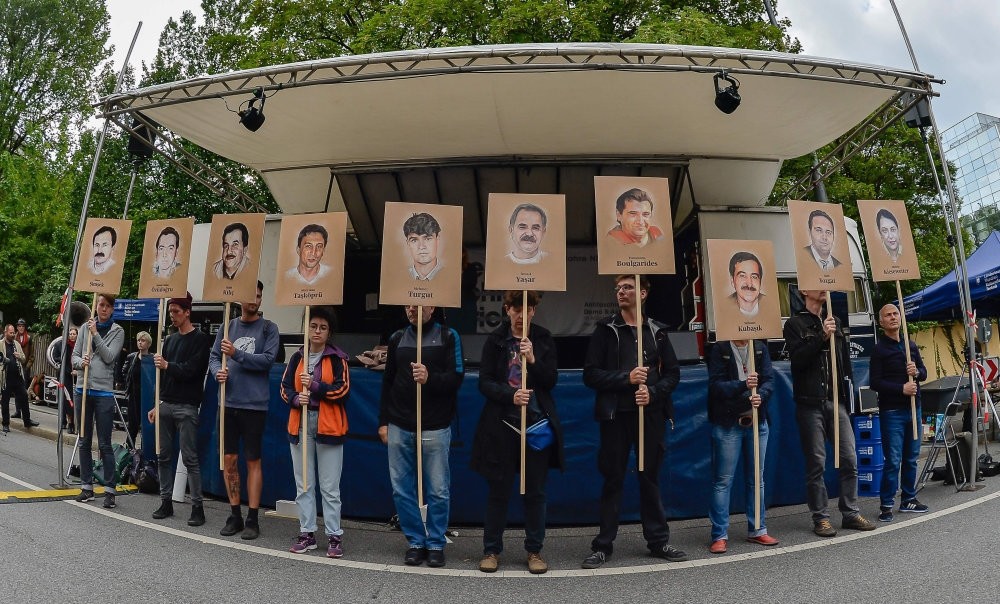 Protesters hold up signs with pictures of the victims of the Neo-Nazi cell NSU before the proclamation of a sentence in the trial against Beate Zschaepe, the only surviving member of the NSU, Munich, July 11, 2018.
by daily sabah
Jan 31, 2019 12:07 am

Death threats to Seda Basay-Yıldız, a lawyer representing the families of victims killed by a neo-Nazi terror cell in Germany, may have been sent by personnel working for the Hesse state police, a German daily has claimed

New evidence has surfaced with regard to Seda Başay-Yıldız, a lawyer in the National Socialist Underground (NSU) case, who has allegedly been receiving death threats from the police, a German daily "Süddeutsche Zeitung" report claimed Wednesday.

According to the report, police in Hesse are suspected of being behind the threats. The report says the basis of these allegations was new threatening letters, which the lawyer received recently. Details about these threats have not been publicized in full yet.

The daily's report said that the letters were signed with the full name of a man who is a police instructor in Hessen. However, investigators believe that the instructor has nothing to do with the threats and suspect that the perpetrator (or perpetrators) probably used his name without his knowledge. 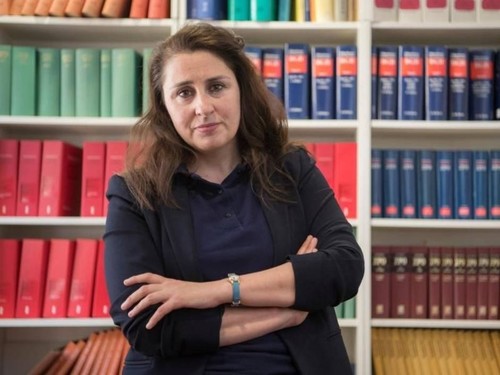 In December last year, several police officers were suspended in Frankfurt, following suspicious activities around Baﬂay-Y›ld›z, including taking personal information and sharing them with far-right extremists.

Başay-Yıldız, a German lawyer of Turkish origin for victims of the NSU gang, previously received several faxes, containing insults and death threats, a few months after she was sent a threatening letter.

It is also noteworthy that the threats have not ceased, even though security authorities in Hesse have now intensified their investigation into six police officers.

One of them at a Frankfurt police station had retrieved personal data of Başay-Yıldız without a warrant or an investigative reason.

The other suspects were discovered in a chat group the officer belonged to, investigators said.

The report said the threat letters sent to Başay-Yıldız read as follows: "You brain dead shit kebab are not aware what you have done to our police colleagues."

The NSU, composed of three members, were behind the murders of eight Turkish and one Greek immigrant and a German policewoman between 2000 and 2007. Two members killed themselves when the police closed in on them, while the sole surviving member, Beate Zschaepe, was sentenced to life in a trial that concluded last year.

The gang's three members managed to dodge authorities for years before being discovered in 2011, apparently by pure chance as the police stumbled on a video in which they were boasting about their crimes. Blunders on the part of authorities investigating the NSU or "coincidences" leading to the destruction of critical evidence had been piling up in the case since the gang's existence was made public in 2011. Critics of the case also claim police and intelligence services that hired people from the neo-Nazi scene as informants tried to erase their tracks leading to the NSU case. Despite its links to many gangs in Germany's neo-Nazi scene, the NSU apparently went unnoticed for years, from the late 1990s to 2011.

Authorities initially blamed domestic disputes in the Turkish community for the murders and other crimes between 2000 and 2007. German media has even dubbed the murders the "döner killings" in reference to the popular Turkish dish.