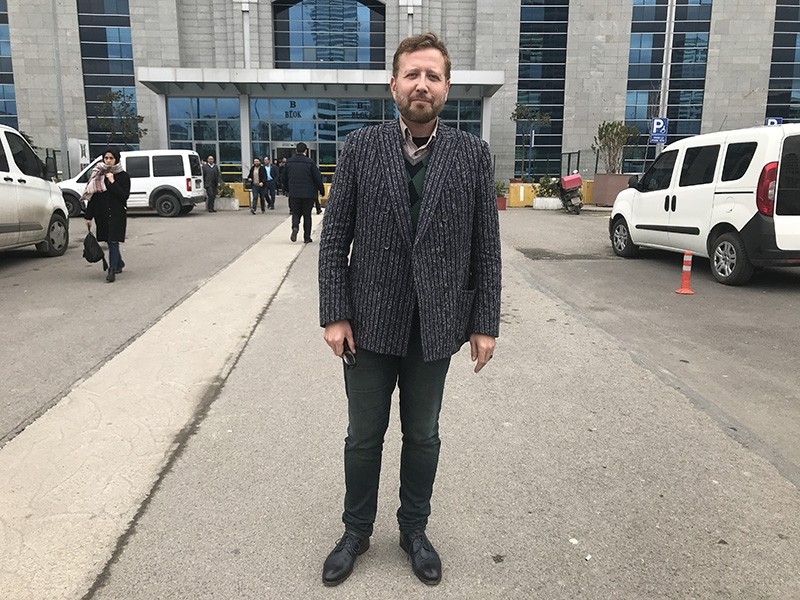 A French pianist who has demonstrated support for Turkey's fight against terror and for Palestine filed a criminal complaint Friday against social media accounts belonging to PKK terror group sympathizers and groups he referred to as "ultra-Zionist," saying he receives death threats every day, which have turned his life into hell.

Stephane Blet, a French pianist and composer living known for his interest in the Turkish nation and culture, said that he has been receiving death threats from some PKK sympathizers and ultra-Zionist groups located in the United States, France, Israel and Turkey on Instagram, Facebook and Twitter, especially after he gave a concert for the benefit of Turkey during Operation Olive Branch. The operation was conducted early last year by Turkish Armed Forces to clear the PKK-affiliated People's Protection Units (YPG) and Daesh terrorists from northern Syria's Afrin.

In a petition he submitted to the Chief Public Prosecutor's Office on the Asian side of Istanbul, Blet wrote, "There have been many posts, some including video footage, that were made in order to threaten me and my family with death, and to insult and target me."

The Chief Public Prosecutor's Office launched an investigation on charges of "threatening by using the names of the criminal organization," after Blet submitted his petition with the threats he received on social media as of Dec. 11, 2018.

Blet told Anadolu Agency that he has been in a living hell for the past few months because of these threats.

"There are 'ultra-Zionist' groups in France and Israel, and they want to kill me because I'm an anti-Zionist and have given so many concerts on behalf of the Palestinians," Blet said.

He said those who sent the death threats claim to know where he lives and threaten to come and kill him in Istanbul.

"I have an 86-year-old mother. They call her every day, they want to kill her. She changed her number three times, but they kept calling. It is getting worse every day. I had to do something for that," he said.

"They do not do anything in France, because, unfortunately our republic supports the PKK," he added.

In its more than 30-year terror campaign against Turkey, the PKK -- listed as a terrorist organization by Turkey, the U.S. and the EU -- has been responsible for the deaths of some 40,000 people, including women and children. The terror group and its sympathizers stepped up threats and attacks on Turkish nationals and those supporting Turkey following Operation Olive Branch in Afrin, which was launched Jan. 20, 2018, against the group's Syrian affiliate YPG. In Germany, where the PKK is particularly active, PKK sympathizers burned and vandalized dozens of mosques in 2018.