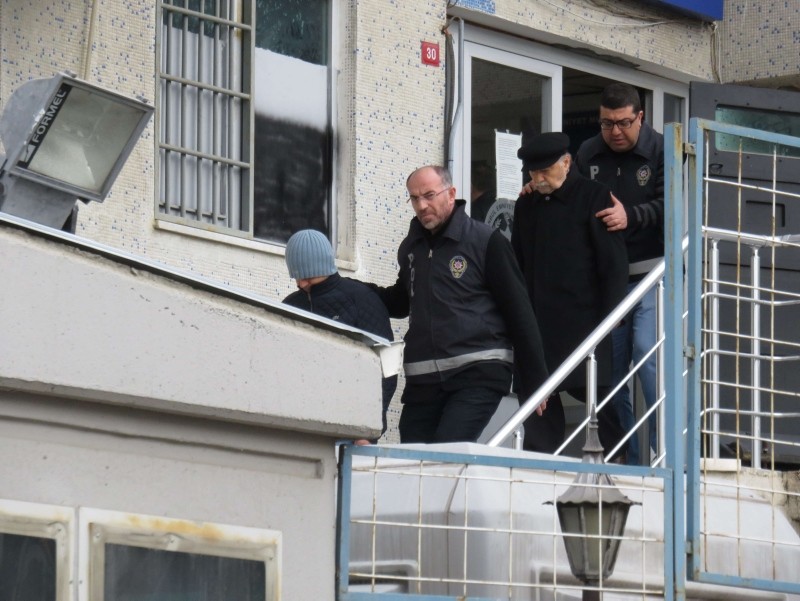 Turkish authorities on Thursday detained four suspects over the collapse of an apartment building in Istanbul that claimed the lives of 21 people. Two were later remanded in custody and two were released on the condition of judicial control.

The suspects held over the collapse in the residential district of Kartal on the Asian side of the city include project officer Suzan Çayır, technical implementation supervisor Uğur Mısırlıoğlu, building inspector Arzu Keleş Boran and construction engineer Osman Mısırlıoğlu.

An Istanbul court ordered Çayır and Uğur Mısırlıoğlu to be remanded on charges of "recklessly causing death and injury," citing strong evidence of their crimes demonstrated in a preliminary expert report and crime scene review.

The two others were released under judicial control and with a ban on traveling abroad.

The eight-story block where 43 people were registered as living crumbled last week but the cause still remains unclear.

Authorities said that the top three floors of the building had been built illegally.

"It was built in 1992 as a five-story building but three more stories were added later illegally," Istanbul Governor Ali Yerlikaya said last week to reporters.

The collapse fanned criticism of a government amnesty granted last year to people accused of illegal building — a measure announced ahead of municipal elections this March.

President Recep Tayyip Erdoğan said there were "many lessons to learn" from the collapse and that the government would take "steps in a determined way" after investigators complete their work.