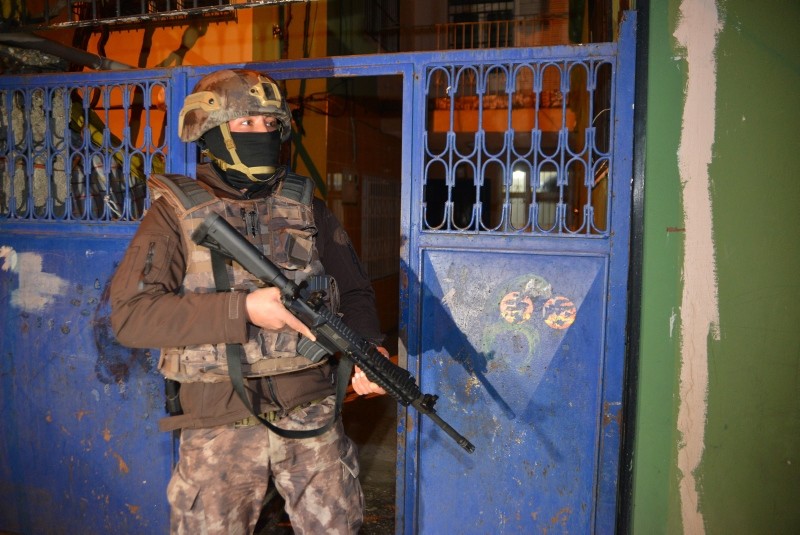 The Turkish police and the National Intelligence Organization (MIT) caught the terrorists, who participated in Daesh activities in Syria, in a house in Bursa's Mudanya district during a joint special operation.

Four foreign nationals were apprehended during the operation — a Dutch woman of Moroccan descent, a woman with both Dutch and Moroccan citizenship, a Dutch man of Iraqi descent and an Iraqi man.

The two women were wanted under an Interpol red and blue notice and were in possession of fake refugee IDs. They were taken to police headquarters in central Bursa.

The Netherlands is among the countries where Daesh drew recruits to boost its ranks, which heavily relies on foreign fighters. As the terrorist group lost ground in Iraq and Syria, Daesh militants and their families and children have been forced to flee from areas the group once controlled. Dutch authorities announced earlier that they were looking for ways to bring back Dutch women and their children from Syria. The matter entered the spotlight after a Dutch woman married to a Daesh militant died of malnutrition in a camp for the displaced in Syria where she took shelter after the terrorist group's members were forced to withdraw from a Syrian town they held. It is unclear if the women captured in Bursa were active militants or wives of militants who were not involved in any acts of terror.

Since 2014, when Daesh launched its first attack on Turkish soil by killing police and military officers at a security checkpoint in central Turkey, security forces have been involved in a long-running campaign to rid Turkey of Daesh terrorists. The terrorist group is blamed for a string of terror attacks in the country that killed dozens of people over the past three years in Istanbul and Ankara as well as cities in the southeast.

Foreigners looking to join Daesh in Syria have mostly attempted to use Turkey as their crossing point. Turkey has taken significant measures against foreign Daesh members and has urged Western countries for intelligence cooperation. According to official figures, some 2,000 people were arrested and 7,000 others deported in operations against Daesh in Turkey, while around 70,000 people were denied entry to Turkey over their suspected links to the terrorist group. Security forces have also foiled at least 10 attack plots. Figures show that some 18,500 suspects are currently being monitored for links to the terrorist group after being identified at airports upon arrival.