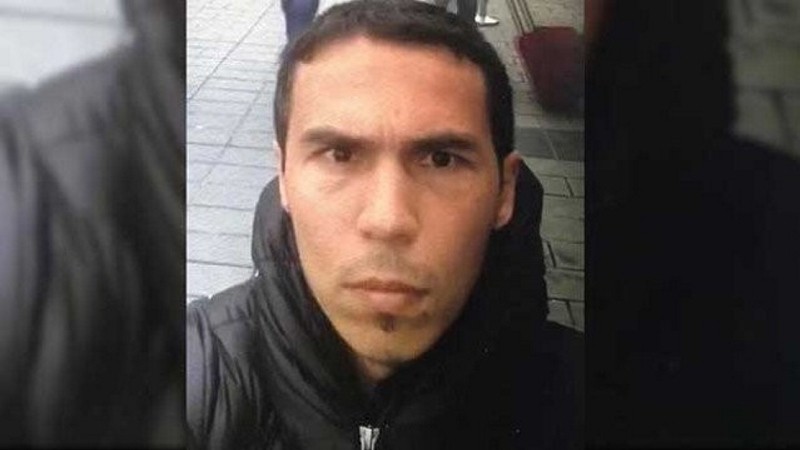 Abdulgadir Masharipov, the lone gunman linked to the Daesh terrorist group who gunned down 39 people in an Istanbul nightclub in 2017, claimed he was ‘not the assailant’ in his first defense at a hearing held in the city Monday

Two years after he was captured, Abdulgadir Masharipov presented his highly-anticipated defense in a trial on a Daesh terrorist attack in a popular Istanbul nightclub Reina. The Uzbek assailant accused of gunning down 39 people in the early hours of 2017, claimed he was not the attacker despite mounting evidence against him.

Masharipov was caught in a hideout in Istanbul weeks after the brutal attack, one of the deadliest by the terrorist group which was also behind a string of bombings in Turkey. Security camera footage and eyewitness accounts point out that he was the gunman who stormed the venue on the shore of Bosporus. Apart from a few words in earlier hearings at a courthouse complex in Istanbul's Silivri district where terror suspects are tried, he was mostly quiet. He had claimed he did not "prepare" his defense in earlier hearings. In Monday's hearing, his lawyer requested media crews to leave the courtroom as Masharipov took the dock.

In his defense in Turkish, Masharipov denied all charges against him and said it was not him who wielded a Kalashnikov rifle and raided the club full of revelers. He said he was constantly on the move due to his wife's "illness" and to earn money and had traveled to Iran, Pakistan and finally to Turkey. He claimed he was sleeping on Jan. 2, 2017 when a friend woke him up and showed his photos on news websites associating him with the attack. He claimed he was "shocked" upon seeing the news.

Masharipov explained his aversion from police who launched a manhunt to capture him after the attack saying he did not have an ID and feared he would be unfairly arrested as his photos were on media websites. His defense contradicts his initial testimony to police and prosecutors where he admitted the charges. In his earlier testimony before the trial began, Masharipov had admitted to being a member of Daesh and prior to carrying out the attack he had never been part of any Daesh-sponsored terrorist act. Masharipov has also said he was not "an enemy" of Turkey, and he only acted "in retaliation" to Ankara's crackdown on the terrorist group active in Iraq and Syria.

He also had claimed he tried to kill himself after the attack but failed and said he would "gladly" accept a death sentence. He has also said that he originally intended to carry out an attack in Taksim, a popular square in Istanbul, but changed his target after realizing that security was too tight. A cellphone video he took apparently days before the Reina attack shows Masharipov walking around Taksim.

The defendant is among 58 others implicated in the attack, only 39 among them were jailed while the rest were either released pending trial or remain at large. Other defendants include Daesh suspects who instructed him to carry out the attack, those who helped him hide from authorities while he was on the run and his associates in the terrorist group. His two wives are also among the jailed defendants.

However, later in the day the court board ruled to release 19 suspects out of the 39 jailed defendants after taking into consideration the nature and classification of the offense, the change of crime classification, status of the evidence available, the period of their detention as well as the fact that evidence on the case has been gathered to a large extent and there is no further possibility of them spoiling evidence.

The court also ruled for the continuation of detention of 20 defendants, including Masharipov, his wife Zarina Nurullayeva and his French wife (from a religious marriage) Tene Traore.

The hearing was postponed to May 16.

An indictment on the attack includes complaints by families of 39 victims as well as 122 others who were injured or mentally affected by the attack. Prosecutors ask for 40 instances of aggravated lifetime imprisonment for Masharipov, for the killings of 39 people and on the charge of "attempting to overthrow the constitutional order," the crime with the highest sentence under the Turkish penal code. Additional charges against him are membership of a terrorist group, attempted murder and violation of the Firearms Law, which carry prison terms ranging between seven to 2,370 years.

Ilyas Mamasharipov, who is among the jailed defendants, also faces 40 aggravated life sentences for his role as a "planner of the attack" prosecutors say. Other defendants face lesser charges for aiding and abetting Masharipov and other Daesh suspects.