More than 30,000 arrested for FETÖ links since the coup bid 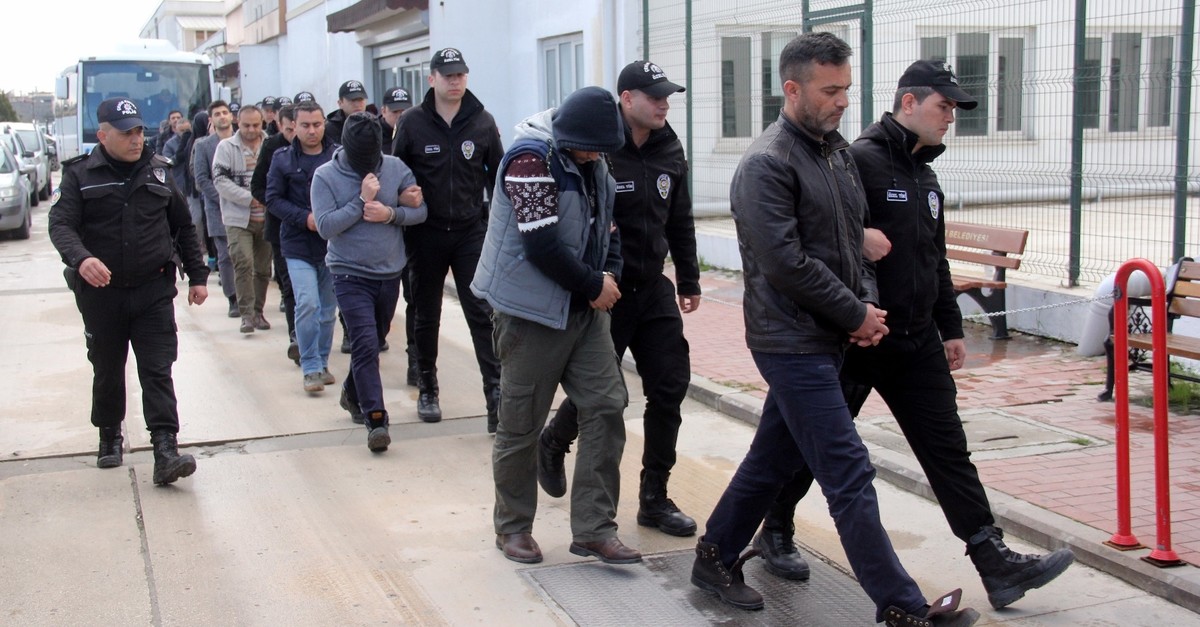 In the biggest crackdown against FETÖ, Turkey has arrested more than 30,000 people since the 2016 coup attempt, the Interior Ministry announced Monday

The Interior Ministry announced Monday that 30,709 people have been taken into custody for their links to the Gülenist Terror Group (FETÖ) since its members tried to seize power in a coup attempt in July 2016.

Speaking at a press briefing yesterday in the capital Ankara, ministry spokesman İsmail Çataklı said security forces "processed" 511,646 people on FETÖ-related charges over three years following the coup attempt that killed 251 people. "The process" refers to detentions and investigations. A total of 30,709 among them were arrested and are still in custody awaiting hearings in their cases or the start of their trials. Çataklı said another 19,329 people were convicted of FETÖ membership and related crimes. "We continue our fight against FETÖ with determination," the spokesman added.

The terrorist group led by Fetullah Gülen, a U.S.-based former preacher, is accused of employing its infiltrators in the Turkish Armed Forces to overthrow the government. A strong public resistance upon calls by country's leaders, thwarted the ambitions of the Peace At Home Council of putschists who were forced to surrender within hours after they seized strategic locations, launched airstrikes and tried to assassinate President Recep Tayyip Erdoğan.

FETÖ is already implicated in two coup attempts dating back to 2013 when prosecutors, judges and police chiefs tried to implicate people close to the government in a graft probe based on trumped-up charges. Turkey launched a crackdown on the group's members then, but FETÖ continues wielding immense power in the country with thousands of followers. A state of emergency declared in the aftermath of the coup attempt sped up the crackdown on the terrorist group. Police, largely cleared of FETÖ sympathizers, carry out almost daily operations to capture secret members of the group among them, in the army and other agencies. Twenty-five people, including active-duty soldiers, were detained in yesterday's operations in 19 cities. The suspects were identified through an investigation into their contact with fellow FETÖ members via payphones, a commonly used method to secretly communicate for the group. More than 780 operations were carried out in the past two years to capture FETÖ suspects in "payphone operations," and 11,153 people were detained, while 4,324 of them were arrested.

Separately, 1,953 people were detained in 139 operations against "gaybubet" houses of FETÖ. Gaybubet, which means absence, refers to safe houses used by group's members as hideouts after the coup attempt.

The terrorist group, which evolved from a congregation of Fetullah Gülen's followers, is accused of pursuing a sinister agenda by posing as a religious group with an emphasis on charity work for years. Investigations have revealed that the group was planting its men and women in every institution at least since 1980s, from the army to law enforcement, from judiciary to bureaucracy before it first coup attempts in 2013. Disguised with code names, secretive correspondences and a distinct secular lifestyle worlds away from what FETÖ promotes as religious life, its members easily infiltrated places they ultimately aimed to take over.